Gaps, holes, erasures are spectral wounds in the flesh of history. In the context of the Black Atlantic and African history, how can repair – beyond material reparation – acknowledge that former and future memories, relations and possibilities can never be fully restituted? Is it possible to heal the colonial wound and what haunts the present time, in the social body and collective consciousness, retrieving missing voices, unveiled stories and reclaiming other ways of knowing, being and relating?

This edition of the New Alphabet School will focus on afro-diasporic or folk healing practices, therapeutic or shamanistic modes of cure and restoration and Indigenous, decolonial and feminist practices that hold a transformative power. What is their role in the maintenance of personal and social well-being? The lens will be on sacredness, spirituality, connection with the land and the ancestors, with the human and more-than-human elements, through dance, sound, orality and ritual ceremonies. “Healing” and the Wolof term “Faju” here are understood as a process of repairing traumatic relationships through non-Western epistemologies and cosmovisions. It is about unlearning hegemonic and Western-centric patterns, including extractivist forms of knowledge appropriation. Thus the #Healing edition is an offering to investigate the potential for “healing” society from systemic forms of oppression like colonialism, capitalism, patriarchy and modernity.

#Healing (Faju) will bring together healers, artists, practitioners and scholars to share healing traditions and technologies grounded in Indigenous and ancestral knowledge systems. Workshops und divinatory sessions will be convened online by participants of the New Alphabet School.

What does it mean to be healed? The spirit of colonial, capitalist and patriarchal exploitation continues to haunt contemporary societies. It is a poison and a parasite feeding on the pain, trauma, anxiety and depression it causes in people's minds and bodies. This introduction is a gateway for the participants’ minds and spirits to connect with this program’s collective journey: It is an invocation and an invitation to tune into the frequencies of the ancestors and spirit guides through ritual practices in order to gravitate towards a vibration of healing.

6pm
We Are Waves
Performative lecture by Lionel Manga

The end of the transatlantic slave trade was followed by the era of traumatization in African countries. In his performative lecture, the author and cultural critic Lionel Manga looks at the trauma passed down from generation to generation; from the apportionment of the African continent among the colonial powers following the Berlin Conference in 1884/85 to the monotheization of large sections of the population and associated suppression of spiritual worlds to disrupted decolonization processes. Manga traces this negative force field, which slows down all vibrant dynamics and impedes political emancipation. Based on a Bantu maxim, he pursues the idea that the world is like a chimpanzee that falls down, shakes itself off and carries on its way. He encourages the audience to see themselves as waves and not to lose their faith that healing is possible.

In Mamelles Ancestrales Tabita Rezaire investigates the quest of our ancestors and the methods they used to understand and connect to the celestial realms in the face of a contemporary drive for spatial conquest. Drawing inspiration from the megalithic landscapes of Senegal and The Gambia, space debris, archaeology, astronomy, numerology, theology and African understandings of the cosmos, Mamelles Ancestrales strives to establish pathways between heaven and earth, between the living and the dead, in a world where celestial bodies, mineral life and spirits sing together.
The video is the result of the artist’s research and expeditions to the stone circles of Sine Ngayene and Wanar in Senegal and Wassu and Kerbatch in The Gambia. Gathering stories from the guardians of the sites, local populations and other understandings from astronomers, archeologists and theologians to unfold the mysteries of the thousands of stones circles scattered across Senegambia, Mamelles Ancestrales goes in pursuit of an ancient African Megalithic civilization so as to better understand our own. From petrified brides to burial sites, ancient observatories, ceremonial ground, haunted places, or energy device, for Rezaire the stone circles become the center of a scientific, mystic and cosmologic research.

The African diaspora carries pain but also embraces transformation. Against the backdrop of trauma and violence, diasporic movements turned the Atlantic into a tunnel of cultural exchanges, where different Africas met the Caribbean, the Atlantic and the Pacific coast of Abya Yala as Indigenous people call the pre-colonized territory of what today is referred to as the American continent. They have been laying the foundations of a mestizaje that is reflected in dance, ritual practices, popular religiosity, musical instruments, drums, percussion. These manifestations have been undervalued, diluted and racialized by colonial structures of power, generating disconnections between afro-diasporic communities and a part of history – the history of the Black Atlantic.

In a digital marathon, an archive of sounds, voices and experiences will be created while the participants exchange ideas, generate discussions and listen to each other. The marathon will bring together musicians, artists and other guests from Senegal, the Caribbean, Colombia and the Senegalese diaspora in Berlin. Through poems, interventions and other means, they will share their experience as members of the diaspora with the participants. This marathon lays the ground for the online transmission on February 6th. 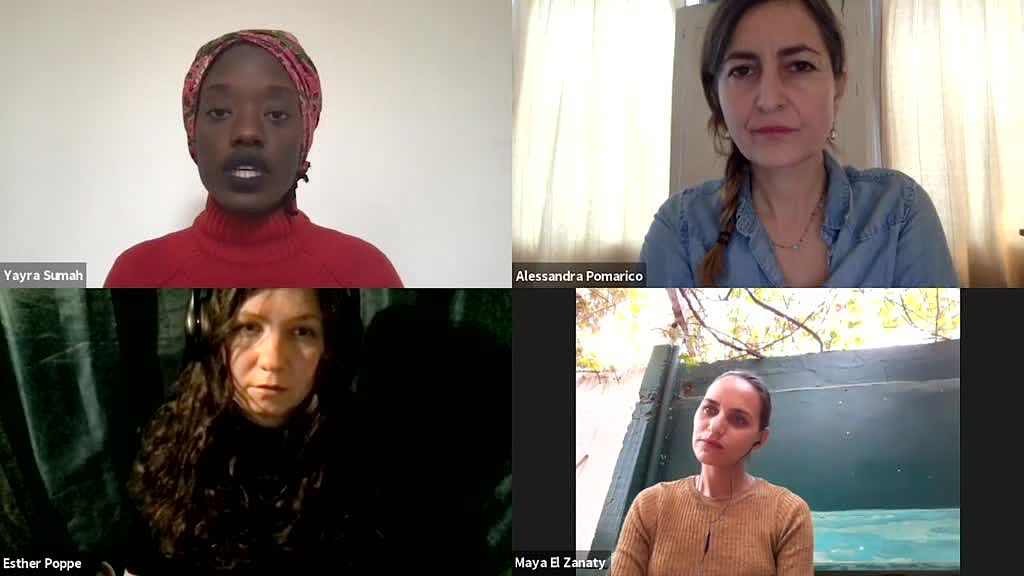 Our Songs, our Medicines 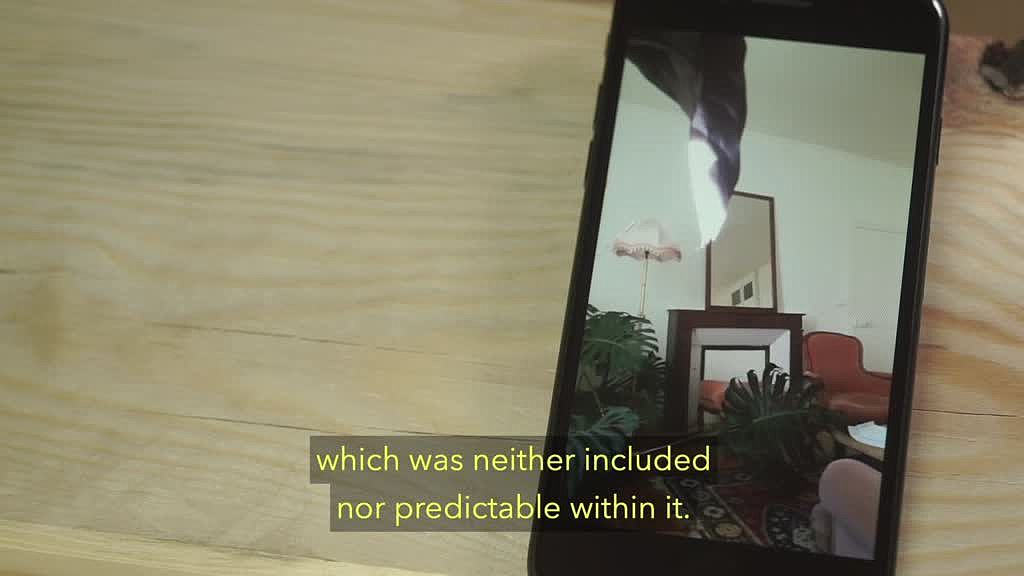 Lionel Manga: We Are Waves (French with English subtitles) 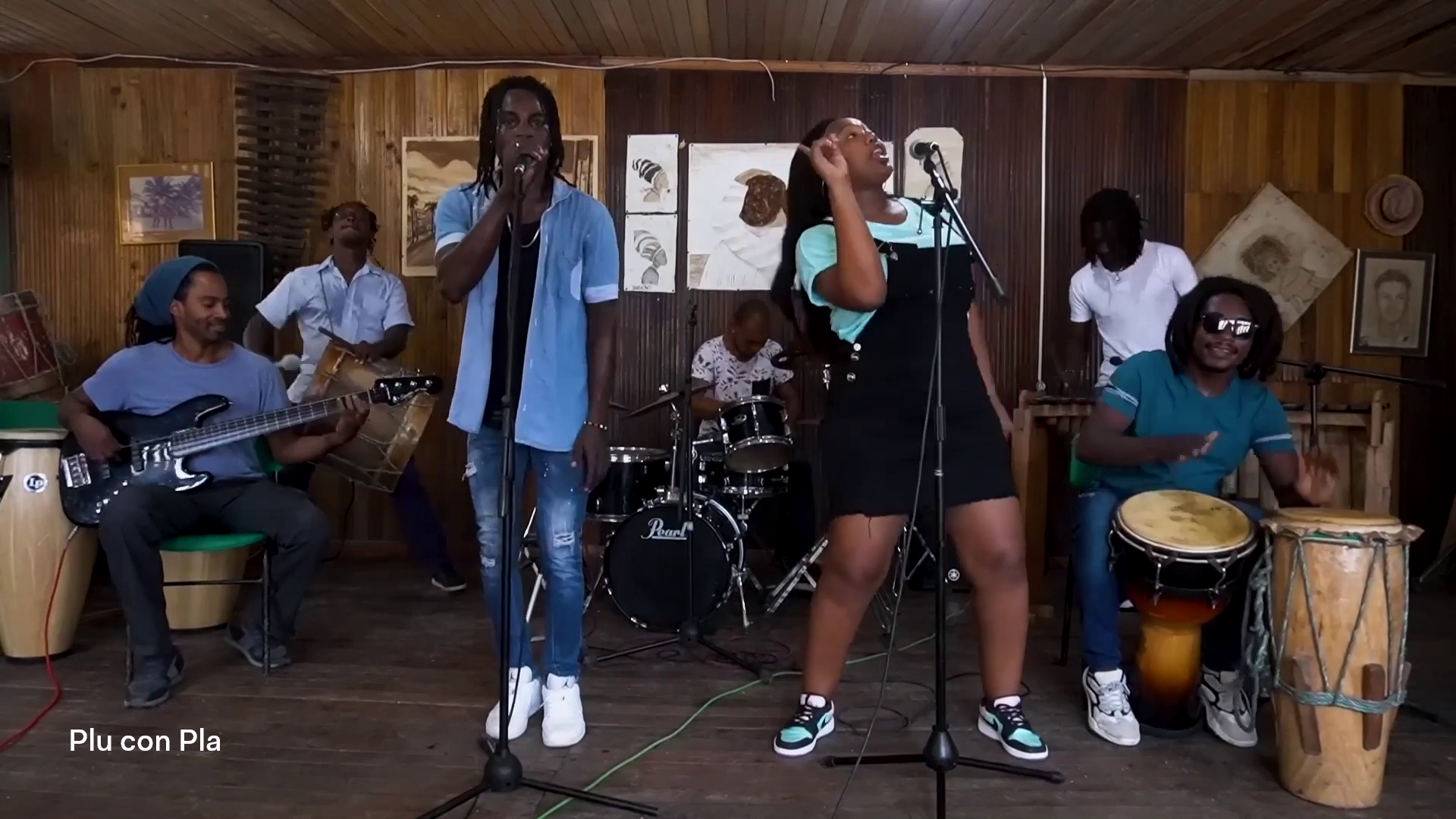 Transatlantic Sounds: “What would you say if I told you that our Black history has been denied?” (Spanish, English)

The initially conceptualized on-site event at Raw Material Company and Écoles des Sables in Dakar had to be cancelled due to COVID-19. Parts of the program will be realized in an adapted digital version.