Nikolai Fedorov and his Project of the “Common Task”

Anastasia Gacheva:
Overcoming Death through Art: From Nikolai Fedorov to the Cosmists of the 1920s

One of Russian cosmism’s main motifs – immortality – is manifested in its aesthetics. Fedorov and his successors assumed that art is the product of “the son’s grief over his father’s death” and can thus be understood as the attempt of an “imaginary resurrection.” This explains why they turned real innovation and transformation into the “art of the future.” Cosmist thinkers thus perceived human beings as both creative subjects and as objects subjugated to artistic energies. They replaced the “art of the image” with a new “art of reality,” insisting that the laws of artistic creation should be transformed into actual laws of reality. For them, human creative practices would not only defeat entropy and death, they would also lead to the spiritualization of matter and finally to the triumph of beauty in all realms of the natural universe. Cosmists further argued that the shift to a harmonious synthetic practice, which would be both artistic and hold the power to newly rearrange the world, demanded a close intertwining of art and science. It is for this reason that they introduced the idea of an theoanthropological art, in which Godly and human creative energies would together restore the world to the condition of “immortal glory” that it had been in previous to its decay.

Anastasia Gacheva is a philologist and chief research associate at the Gorky Institute of World Literature at the Russian Academy of Science. She is co-editor of the complete works of Nikolai Fedorov and the anthologies Der russische Kosmismus (1993) and N.F. Fedorov: pro et contra (2004-2008). Gacheva is in charge of the literary and philosophical estate for several Cosmist thinkers from the 1920s and 1930s. She has published widely on the intellectual and creative dialogs between Fedorov, Dostoyevsky, and Solovjov and has in addition written about Russian Cosmism’s historiography and aesthetics as well as migration movements in the post-revolutionary era.

Angeliki Charistou:
The Philosophy of the Common Task and the way to Non-Objectivity: Concepts of Time and Space

Nikolai Fedorov’s Philosophy of the Common Task draws upon Christianity, proposing contemporary means to fulfill the ultimate end: the resurrection of the dead and the continuation of humanity’s course on the principles of kinship, solidarity, and love. Fedorov understood the achievement of an intellectual level that would enable mankind to accomplish these scientific and technological advances as the utmost duty of mankind. His ideas culminated, however, in two major challenges: bringing back the dead and achieving immortality would first of all imply the merging of the past, present and future, and would thus also initiate a fundamental shift in the notion of time. Secondly, the relevance of space becomes evident for practical reasons: the earth would no longer sufficiently accommodate the resurrected, the living, and future generations all together, which is why the infinite cosmos would have to be explored, conquered and colonized. For this reason, the Common Task demands humankind not only to transform itself internally, but also to reconfigure its relation to nature as well as the conditions of its own physical presence in it. Charistou will explore these notions of time and space as well as the idea of Fedorov’s New Man in an attempt to identify intersections between his philosophy and artistic concepts of the Russian avant-garde.

Angeliki Charistou studied Archaeology and Art History at Aristotle University of Thessaloniki. After receiving her BA, she continued her studies at the University of Saint-Andrews and earned her MA in 2004 with a thesis on Russian Avant-Garde. After completing her studies, she worked at the Greek State Museum of Contemporary Art (SMCA) and the Teloglion Foundation of Arts (A.U.Th.). Since 2007, she has been a curator of the Costakis Collection at the SMCA. In 2015, she became art registrar for the National Pavilion of the Republic of Armenia at the 56th Venice Biennale, which won the Golden Lion Award for Best National Pavilion. She is currently a Ph.D. candidate at the University of Macedonia: her thesis revolves around Cosmism and the Russian Avant-Garde.

In his Philosophy of the Common Task (1906/1913) Nikolai Fedorov, who is today considered a founder of Russian Cosmism, appeals to the living to work towards overcoming death with the help of scientific and technical means, and resurrect all dead ancestors. For him, the paradise in this world can only be reached at the moment when all human beings are united in space and time. Only then can the aporia inherent in all other theories of progress and salvation, namely the inevitable presence of “the doomed” and the “victims of history,” be eliminated. And yet a comparison with Konstantin Tsiolkovsky, another prominent representative of Russian Cosmism, shows that their ‘solution’ to the problem of death remained incompatible. This raises the question whether Cosmism did really exist at all. Hagemeister’s presentation will reveal that it is a hybrid ideological construct that originated in the late Soviet period and has fed into a nationalist discourse about Russian identity in post-Soviet Russia.

Michael Hagemeister is a historian and Slavic scholar. He wrote his PhD thesis on the Russian philosopher Nikolai Fedorov and has published widely on Russian philosophy and the history of ideas, on Russian utopian and apocalyptic thought, and on the Protocols of the Elders of Zion. With Boris Groys he co-edited a book on biopolitical utopias in Russia in the early twentieth century: Die Neue Menschheit (The New Mankind, 2005). Hagemeister has been researching and teaching at various universities in Austria, Germany, and Switzerland. In his current research at the Chair of East European History at the University of Bochum, he concentrates on anti-modern and anti-Western thinking in Russia.

Margarete Vöhringer is Professor of the "Materiality of Knowledge" program at Georg-August-University in Göttingen. She studied Cultural Studies and media theory, philosophy and aesthetics at the University of Design (HfG) in Karlsruhe. After completing her Phd at Humboldt-Universität in Berlin, she taught at the Berlin universities Freie Universität, Humboldt-Universität and University of the Arts as well as in Weimar, Zurich, and Moscow. In her research, she focuses on modernist and contemporary art history, with an emphasis on visual culture. Her most recent publications include Wissenschaft im Museum – Ausstellung im Labor (with Anke Te Heesen), which was published in 2014, and Avantgarde und Psychotechnik. Wissenschaft, Kunst und Technik der Wahrnehmungsexperimente in der frühen Sowjetunion (2007). 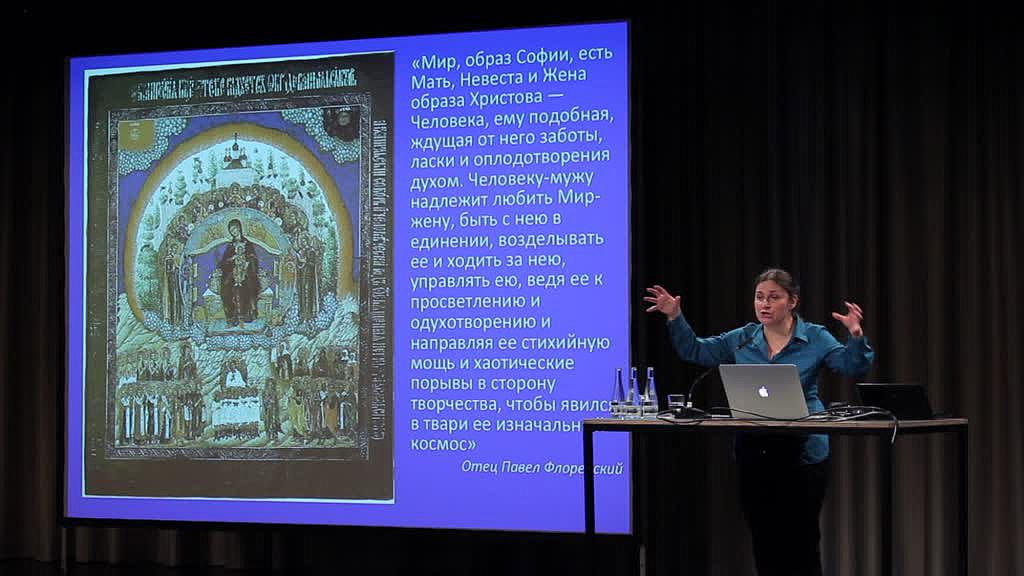 Anastasia Gacheva: Overcoming Death through Art: From Nikolai Fedorov to the Cosmists of the 1920s 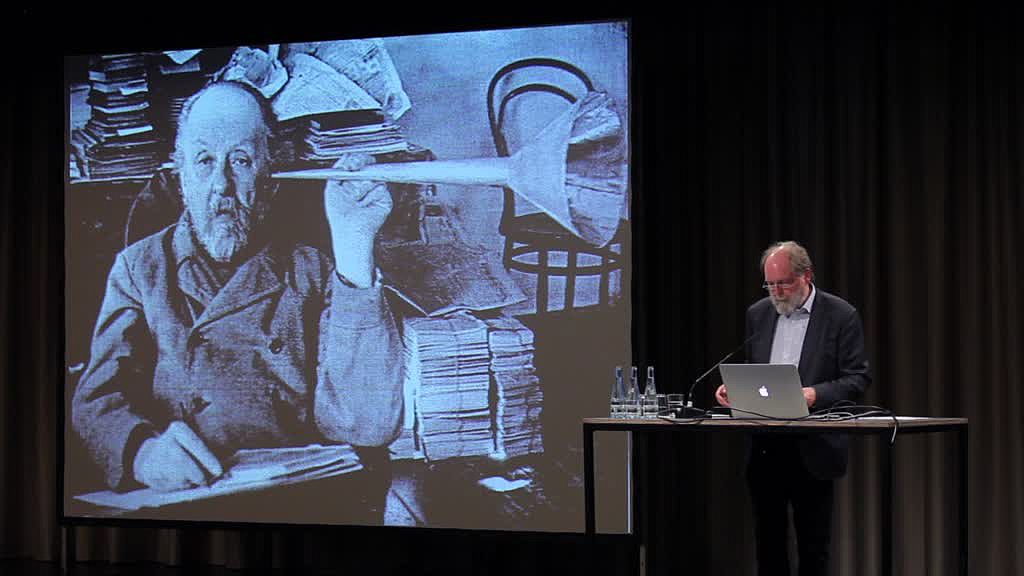 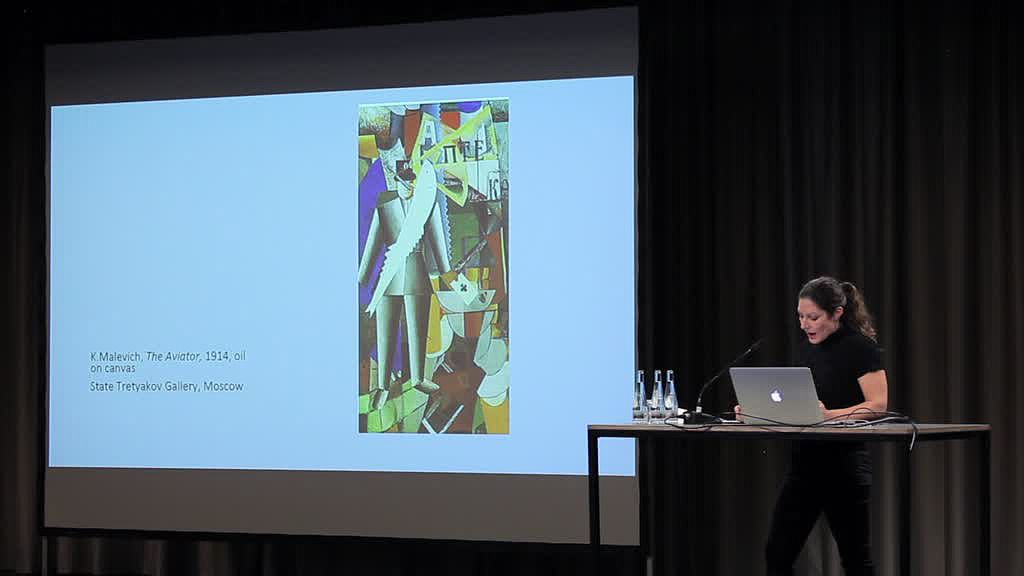 Angeliki Charistou: The Philosophy of the Common Task and the way to Non-Objectivity: Concepts of Time and Space