Data, evidence, truth—these grades of the factual form an intricate reference system in which current social and juridical knowledge is established and maintained. More concretely, it is the meshwork of specific techniques and technologies for gathering and explicating these three categories that produce what is true and what is untrue.

How is factual knowledge constituted within and through thetechnosphere? Can truth be measured? And what measures exist for finding, constructing, and proving legitimacy, fact, and reason? The evening examines how the concept of legal truth and truth finding is bound to the technical production of certainty, particularly in relation to the sophisticated means and practices by which truthfulness is meant to reveal itself. In current times, when quantification becomes ubiquitous, when economic and governmental systems of transparency meet a culture of excessive display, and when governmental techniques of interrogation transform human bodies into bodies of evidence, verification seems to be a matter of handling the data rightly.

What is the interrelationship between the human voice, governmental law and the concept of justice in the technosphere? In a live audio essay, a series of sonic manipulations and pre-recorded samples are employed to explore the concept and practice of taqiyya—the right to lie or a piece of Islamic jurisprudence that allows a believing individual to deny their faith or commit otherwise illegal acts while they are at risk of persecution or in a condition of statelessness. It is a form of communication and political practice forged at remote altitudes, at the fringes of failed states, in buffer zones and on ceasefire lines. Focusing on the stories of alleged mass conversions of the Druze minority in northern Syria by wahhabi groups, Abu Hamdan investigates how such minor speech acts can help re-appraising the precision of speaking, the multiple ways of remaining silent and the inherently unfaithful nature of one’s voice.

Keith Breckenridge: Biometric Capitalism: Infrastructures of Identification and Credit Risk on the African Continent in the 21st Century

A new and distinctive variety of capitalism is currently taking form on the African continent. States are being remade under the pressures of rapid demographic growth, intractable conflicts over boundaries, domestic and international security demands, and the offerings of multi-lateral donors and international data-processing corporations. Much of this turns to enhanced forms of state surveillance that is common to societies across the globe, but the economic and institutional forms on the African continent are unusual. Automated biometric identification systems present former colonial states with apparently simple and cost-effective alternatives to the difficult and expensive projects of civil registration. In many African countries, commercial banks are offering to bear the costs of building centralized biometric population registers, explicitly having in mind the development of a national identification database and commercial credit risk scoring apparatus, a combination that aims to transform all citizens into appropriate subjects for automated debt appraisal.

Have we entered a different systemic quality in the production of legal truth within and through technological environments and arrangements? Does a “technospheric” agency become visible in refurnishing bodies of evidence? The discussion pins down the basis of governmental or other regulative systems in the production of truthful knowledge.

Technologies change people—their attitudes, behavior, and bodies. Melanie Gilligan’s experimental narrative sci-fi mini-series tells a story of the future technology “The Patch”, a sort of prosthesis which makes it possible to directly experience the physical sensations and feelings of another person. After a decade of transforming the conditions of work and social life, the technology’s networks suddenly fail causing massive disorientation. We increasingly define and shape our minds, our bodies, and the way we live and interact within a capitalist system in and through technologies. What, then, is the reverberation of such an “embodied” and intimate scenario of the technosphere? What is the speculative and critical power of its imagination?

Ticket includes free admission to the exhibition Nervous Systems on April 15 from 6 to 7 pm. 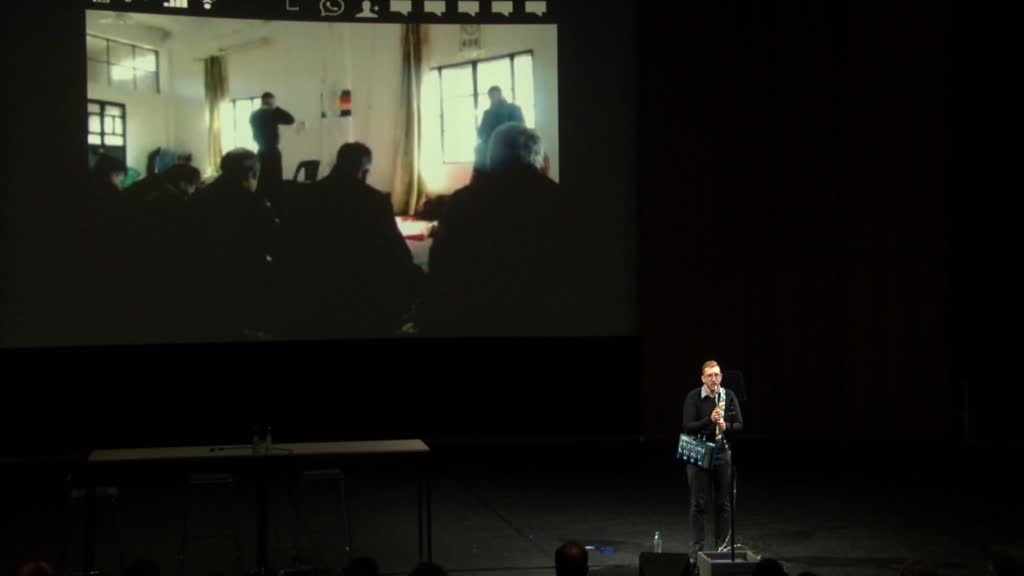 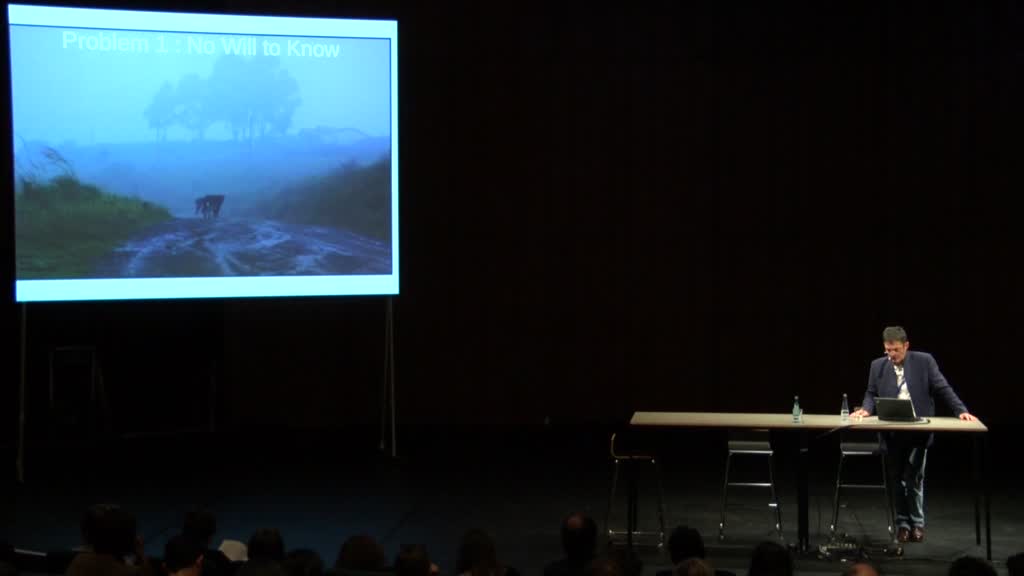 Truth Measures | Biometric Capitalism: Infrastructures of Identification and Credit Risk on the African Continent in the 21st Century by Keith Breckenridge 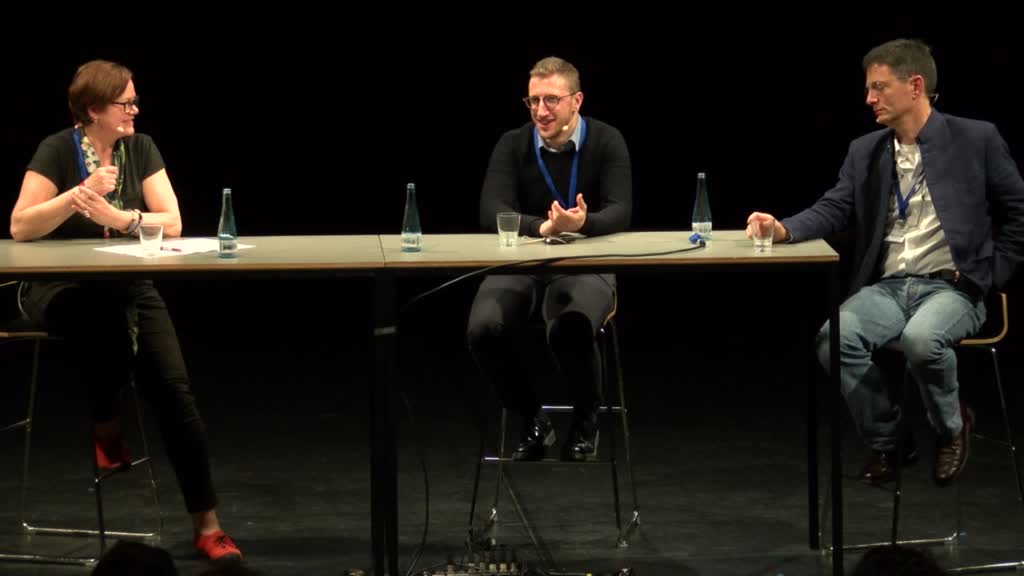 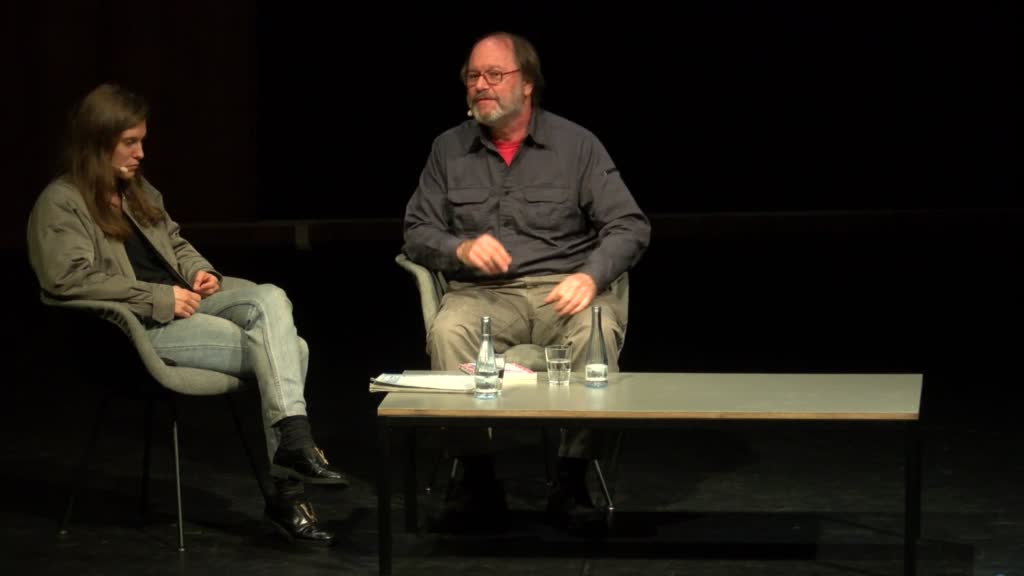 The exhibition Nervous Systems with works from Melanie Gilligan, Lawrence Abu Hamdan, Lawrence Liang, and many others, runs until May 9.