Isaac Julien, video still from: This is not an AIDS Advertisement, 1989 | © Isaac Julien, courtesy of the artist and Victoria Miro, London/Venice

In his writing and life, Hubert Fichte strove for a specific kind of openness. What bodies, institutions and narratives enable this opening? International authors, artists and curators discuss export and appropriation, trance and knowledge, ethnology and aesthetic colonialism, accompanied by Fichte and Mau’s photo films such as Der Tag eines unständigen Hafenarbeiters (1966) and Zwei mal 45 Bilder/Sätze über Agadir (1971).

Fichte, especially at the beginning of his journeys through South and Central America, understood Afro-Diasporic religious practices—although already fascinated by them—in a classical Marxist sense, as escapist: They keep the oppressed quiet and prevent politicization. Later he also recognized that, not least, it also represented a culture of resistance, which in this respect demonstrated enormous success. However, although Fichte now recognized the difference between a religion of belief and one of action and ritual, and over the course of years of research became increasingly familiar with ritual activities, he remained an outsider – not least because he believed it was no longer possible to report on the rituals as an initiate. Against this background, the panel will discuss the politics of the loss of self in trance and the relationship between and limits of ritual, investigative and artistic practice.

Candomblé is passed down physically, asopposed to orally; less via a proclaiming mouth than via bodies that, through movement, become a collective. The resistance and preservation of the Afro-Diasporic culture of Candomblé proceeds through the exercise of these practices in everyday life and within mythical rituals, which in some cases integrate trance as the embodiment of the divine. In her contribution, Nina Graeff explores how the transcultural context of a Candomblé house in Berlin illustrates how the body can function as an articulator of belief and love as well as differences and the arts.

What were the ethno-poetic tensions in “Black Rome” – the other name given to the Brazilian state of Bahia—in South America? Through the texts of the German author Hubert Fichte, written while he was staying in Salvador da Bahia between 1970 and 1972, Ayrson Heráclito discusses the impact of Fichte’s work on the local artistic and cultural life.

Tiona Nekkia McClodden will talk about the auto-ethnographic approach to the creation of her multi-part works centering the Orisha Shango/Chango/Xango in relation to her practice as a priestess of Ogun. She will discuss in detail her multi-channel installation, I prayed to the wrong god for you (2019).

Through the questions around which the Brazil-based project Implosão: Trans(relacion)ando Hubert Fichtewas organized, Amilcar Packer rethinks the processes of translation as mediation between worlds. In Brazil, as in many former colonies and postcolonial contexts, spirituality has always been implicated in the cultural and political stances of resistance. Against the grain of Fichte’s ethnocentric perspectives and choreographies, Packer will unfold the politics as ontological conflicts, stating possible trans(re)lations in which art, politics, and spirituality intersect.

Ethnology has a hard time of it today, above all because of its colonial heritage. Nevertheless, as a “counter-science” it possesses a radical critical potential as it stirs up the abyss, thus undermining those categories determining our perception of the world. The writer Hubert Fichte engaged with ethnology, practised literature as ethnology, and at times sought their recognition. In the process, he encountered the discipline with a critical polemics: In his opinion, ethnographic descriptions typically suffered from an uncritical fusion of description and object, representation and the represented. Consequently, for Fichte, the gulf, which inevitably separated the two, became the stage for a self-reflexive, investigative-revelatory poetics; he insisted on inscribing his own desire and emotion into the description. “Is it a disgrace to admit that one conducts research into the Wolof because one is gay?”

“His World as Theme: Hubert Fichte’s Cruise in Portugal”: By way of reading or paraphrasing parts of Hubert Fichte’s 1984 novel Eine glückliche Liebe (A Happy Love), based on the Fichte’s stay in Portugal in the 1960s, Jürgen Bock will engage with notionsof ethnology, gay culture, and history.

Hubert Fichte’s ethnobotanical research, the extensive herbariums, and the articles he published in journals such as Ethnobotanik and Curare demonstrate his wish to inscribe himself into the ethnological scientific discourse. In 1980, his academic mentor Joachim Sterly called for Fichte’s first book Xango (1976) on African American religions to be accepted as a doctoral dissertation at the Universität Bremen. At the same time, Fichte always distanced himself from academic ethnological approaches. Rosa Eidelpes presentation situates and discusses Fichte’s works – especially his interest in trance and hallucinogenic plants – within in the field of contemporary German ethnology.

Every twenty-three minutes a young black man is killed in Brazil. How do we stop this free fall into the abyss? How do we make the leap beyond the abyss? asks Adriana Schneider Alcure, a member of Coletivo Bonobando, in her presentation entitled “CAN’T NOBODY TALK ABOUT US?” De-fetishizing Hubert Fichte. In his texts, Hubert Fichte’s use of a reversed logic of the ethnographic hierarchy was an attempt to provide an antidote to the fetishization of the black body. In the production processes used by Coletivo Bonobando to create the works for the current exhibition, the relationship between comicality and politics was key to the tension they created between micro- and macropolitics. The procedures from the collective’s creative processes could serve to update and amplify discussions of arts, politics, and ethnography.

In his opposition to the contrived and fantastical aspects of the neo-sensitive contemporary literature of the 1970s that so disturbed him, as well as the masculine- heterosexual, ungentle insensitivity of the German realists, Fichte found an ally in an “aesthetic of the factual.” This,he attributed to journalism, or at least in its ideal form as writing committed to precise research and reporting, but also to people’s unguarded talk and gossip. Journalistic techniques and media were also employed for recording (the in-depth interview and the cassette recorder) whether it be tracing gossip in the Senegalese psychiatric institutions, interviewing politicians such as Salvador Allende or Léopold Sédar Senghor, or developing an ethnography of the German sex industry from in-depth interviews with sex workers in Hamburg.

Continually assigning Fichte in the role of the frontier-runner (between fiction and non-fiction, novel and autobiography, literature and journalism/ethnography, etc.) precisely affirms the reception of him as the determining power behind these borders. In his contribution, Jan-Frederik Bandel concludes that it would appear to be time–especially with respect to the lessons to be drawn for contemporary practices–to trace the discrepancies and movements which determine Fichte’s writing, independent of such territorial ascriptions.

The question of the relationship between journalism, poetry, and facticity is also the question of how we deal with the heard and the product of questioning, the media recording, in short: direct speech. Karin Krauthausen asks in her contribution: What happens during this transfer? It is literary, poetic, and rhetorical techniques that bring speech to life in texts. In the case of Hubert Fichte, it is accomplished fictions of speech that expand consciousness and open it up to realities—other realities.

With his repeated trips to Brazil, Hubert Fichte’s perspective of the country went through a transformation. His personal aesthetic shifted too, moving from an “aesthetic of facts” to an “aesthetic of the factual,” whereby objects of observation are not factual because they are viewed as facts, but because they are viewed in relation to facts. The power of the factual object is interesting in two respects: on the one hand because it is “sensitive”, and on the other because it is precarious, as Max Jorge Hinderer Cruz argues in his presentation. 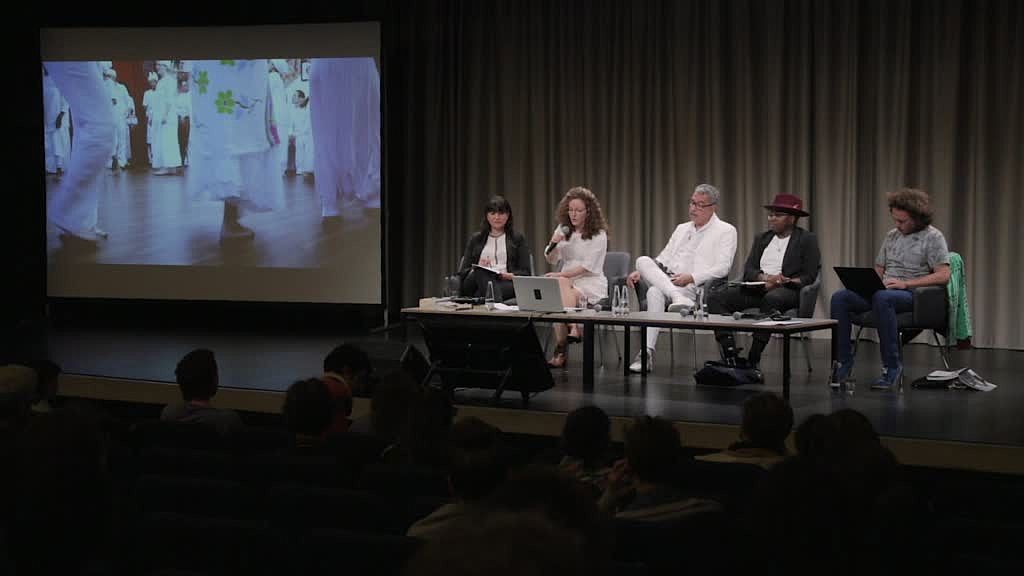 Breaking the Consciousness: Politics and Trance

Breaking the Consciousness: Politics and Trance 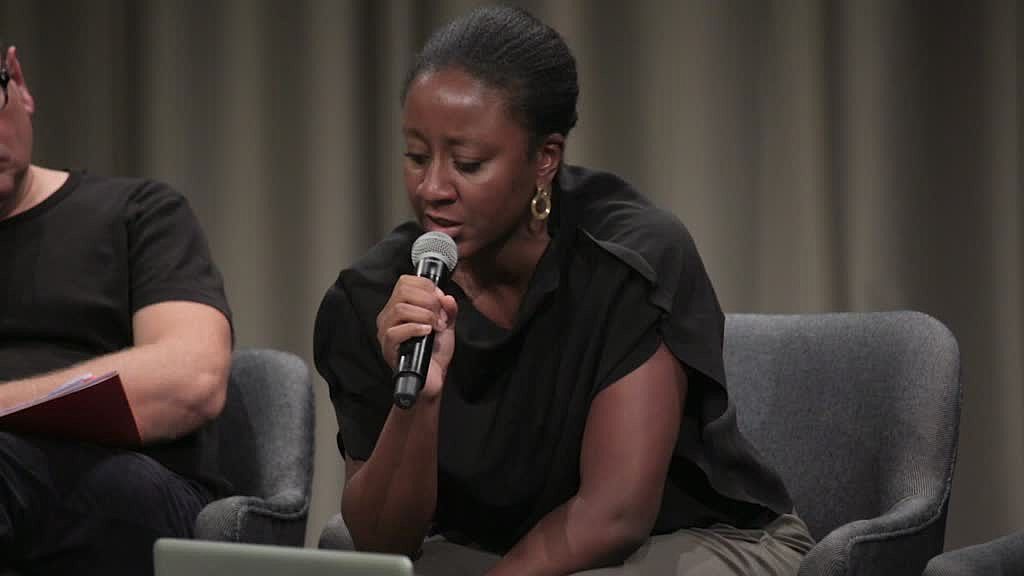 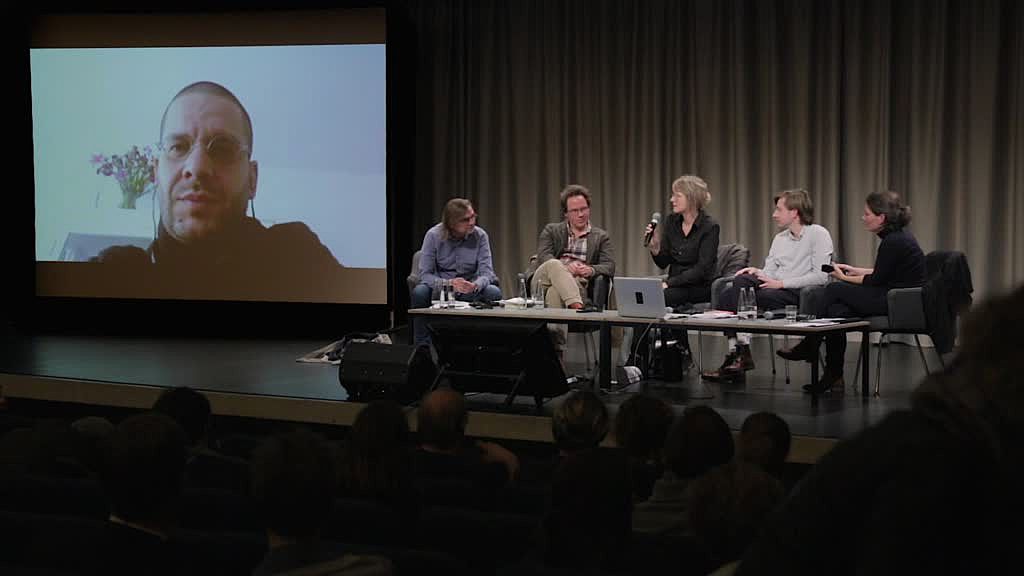 Aesthetics of the Factual: Poetry and Journalism (German)

Aesthetics of the Factual: Poetry and Journalism (German)

Aesthetics of the Factual: Poetry and Journalism