In his talk, Trevor Paglen will conduct a brief practical evaluation of the relationship between space, time, and epistemology in the philosophy of Nikolai Fedorov and the philosopher’s influence on some of his own work. Paglen’s aim is to illuminate the potential of Fedorov’s ideas for re-imagining political and epistemological frameworks, while nonetheless pointing out the difficulties and invalidities of Fedorov’s overall project.

Trevor Paglen is an award-winning artist whose work spans image-making, sculpture, investigative journalism, writing, and engineering. Among his chief concerns are learning how to see the current historical moment and developing the means to imagine alternative futures. Paglen has had solo shows at Vienna Secession, Van Abbemuseum Eindhoven, Frankfurter Kunstverein, and Protocinema Istanbul and has been part of group exhibitions at the Metropolitan Museum of Art, New York, and at Tate Modern, London, among others. He is the author of books and articles on experimental geography, state secrecy, military symbology, photography, and visuality.

Arseny Zhilyaev:
Optimists of the Future Past Perfect

In his presentation, Areseny Zhilyaev uses Leo Trotsky's classification of the optimist in order to trace the appearance of infinity as one of capitalism's promises. On the one hand, potentially endless economic growth opened the vices of repeated circles of peasant's ordinary life. On the other, it became strictly optimized by the needs of the current time.. As a result Candide appeared to be an absolute optimist of the eternal present in the best of possible worlds. This is why only the Marxist plan, when supported by the revolutionary and the future optimist, can fulfill the initial capitalistic promise of infinity with help of a more rational optimization of production relations. Yet for Cosmist philosophers— who thought of the Bolshevik revolution as not revolutionary enough— this transformation did not get to the "subsoil of life". They argued that only a common conscious effort of mankind would conquer time by means of its scientific organisation and thus return all transfigured victims of the past. This event would complete the quest for infinity and explain the figure of the optimist as an optimist of a “future past perfect”.

Arseny Zhilyaev is an artist based in Moscow. In recent works he has examined the legacy of Soviet museology and the museum in Russian Cosmism. Among others, he has published articles in e-flux journal. Zhilyaev is editor of Avant-Garde Museology (2015). His works have been shown at the Gwangju Biennale, Liverpool Biennale, and at the Ljubljana Triennale as well as at exhibitions including at the Centre Pompidou and Palais de Tokyo, Paris; De Appel, Amsterdam; Kadist Art Foundation, Paris and San Francisco; and at the V-A-C Foundation in Moscow.

Anton Vidokle and Hito Steyerl:
Immortality for All!

Hito Steyerl and Anton Vidokle discuss the film trilogy Immortality for All!, in which artist Anton Vidokle probes Cosmism’s influence on the twentieth century and suggests its relevance to the present day. In Part One he returns to the foundations of Cosmist thought (This Is Cosmos, 2014). Part Two explores the links between cosmology and politics (The Communist Revolution Was Caused By The Sun, 2015) and Part Three restages the museum as a site of resurrection, a central Cosmist idea (Immortality and Resurrection for All!, 2017). Combining essay, documentary, and performance, Vidokle quotes from the writings of Cosmism’s founder Nikolai Fedorov and other philosophers and poets.

Hito Steyerl
To the biographie...

Anton Vidokle is an artist and editor of e-flux journal. He was born in Moscow and lives in New York and Berlin. Vidokle’s work has been exhibited internationally at Documenta 13 and at the 56th Venice Biennale. His films have been presented at Bergen Assembly; Shanghai Biennale; the 65th and 66th Berlinale International Film Festival Forum Expanded; Gwangju Biennale; the Centre Pompidou, Paris; Tate Modern, London; Garage Museum, Moscow; Istanbul Biennial, and others.

Anselm Franke is a curator and writer based in Berlin. He is Head of the Department of Visual Arts and Film at Haus der Kulturen der Welt (HKW), where he co-curated Nervous Systems (2016), Ape Culture (2015), Forensis (2014), The Anthropocene Project (2013–14) and the exhibitions The Whole Earth and After Year Zero (both 2013), among others. In 2012 he co-curated the Taipei Biennial. Franke’s exhibition project Animism has been presented in Antwerp, Bern, Vienna, Berlin, New York, Shenzhen, Seoul, and Beirut in various collaborations from 2010 to 2014. Previously, Franke was curator at the KW Institute for Contemporary Art, Berlin, and director of Extra City Kunsthal, Antwerp. He completed his PhD at Goldsmiths College, University of London. 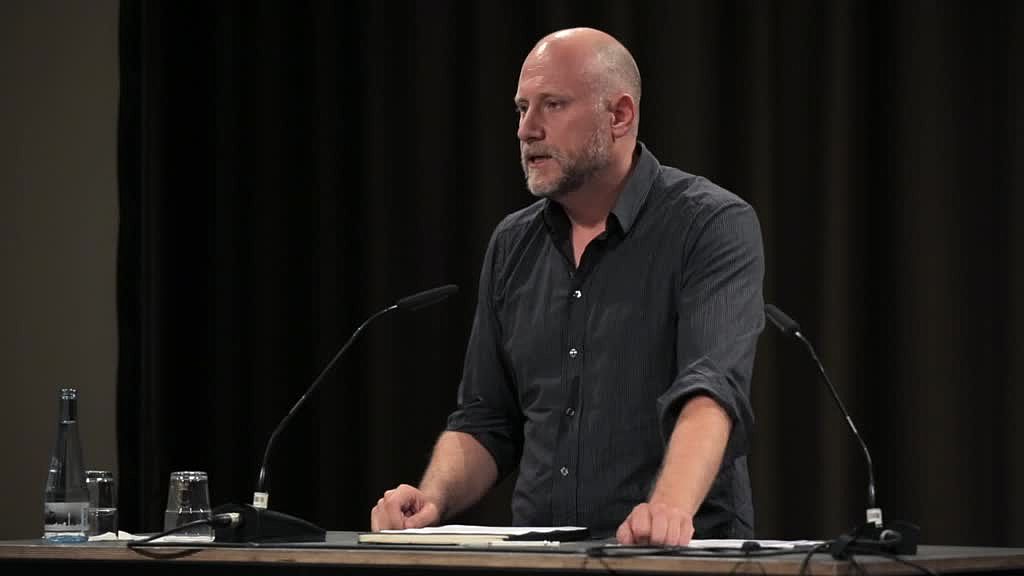 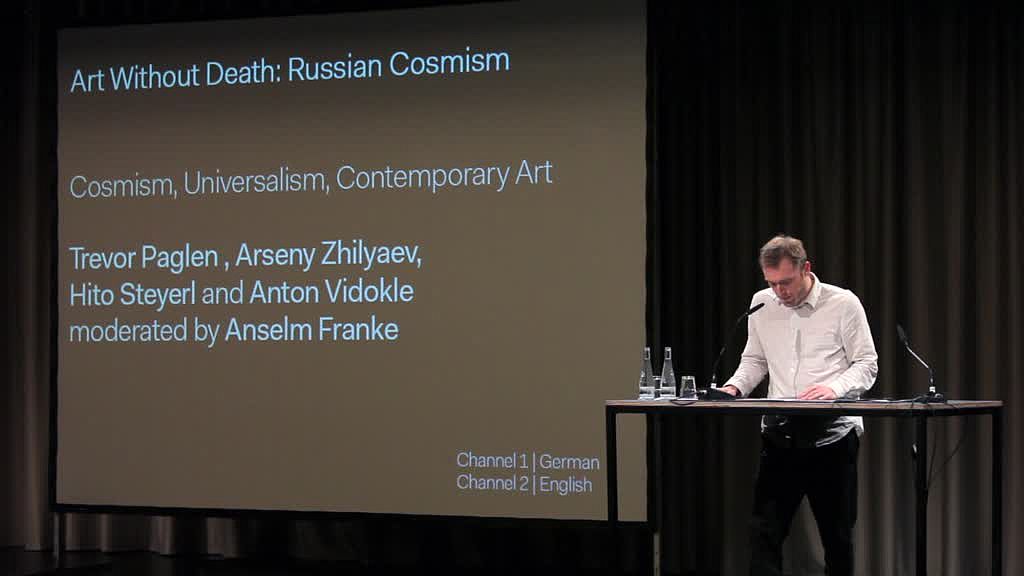 Arseny Zhilyaev: Optimists of the Future Past Perfect 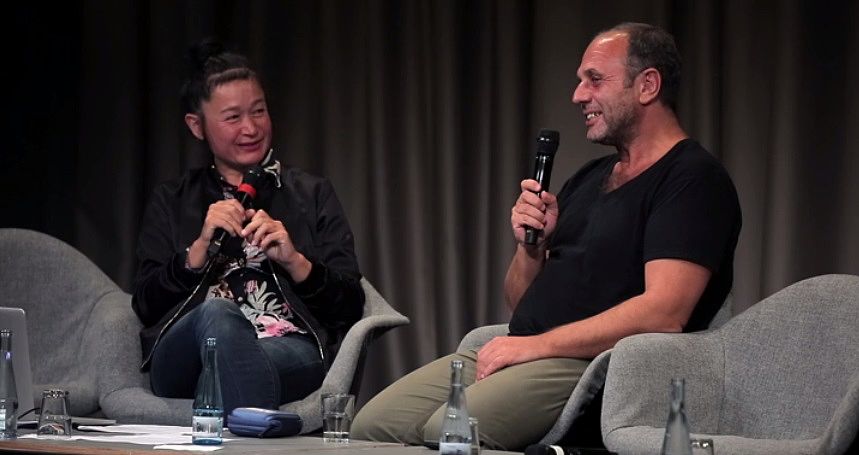 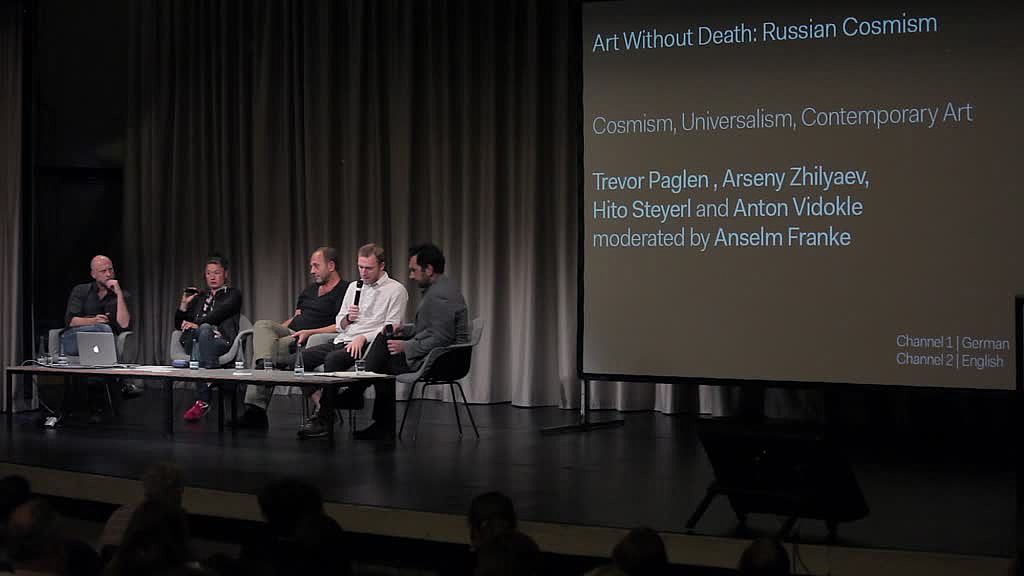 Optimists of the Future Past Perfect | Arseny Zhilyaev