The railway now speaks from its own perspective—divulging secrets from below and above the ground along its tracks. Prevalent plant species have long forever disappeared from the immediate environment; sacks of gold coins had been hidden beneath the tracks, while faith continues to spring from the planned final destination that the railway never managed to reach. At times, the silhouettes of women are seen at one of its platforms, while men turned into machines.

Many Jordanians believe in the legend that Ottoman soldiers, fleeing the aftermath of the Arab Revolt in 1916, hid gold coins along the tracks of the Hijaz Railway. Supposedly they marked their hiding spots in order to collect the gold upon their return. This legend and the hopes that are associated with finding the gold, was passed on from generation to generation. Searching for the gold has swept across Jordan with great intensity over the last few decades. In some parts this has even resulted in the destruction of archeological relics by treasure hunters. Parallel Reality discusses the myth and unveils what is under the many layers of this legend accumulated over the years.

The Berlin–Baghdad Railway left significant economic, social, cultural, political, and environmental traces in the regions it was meant to pass through. The railway construction, however, also caused the disappearance of prevalent plant species and turned them into cross-breeds in these areas. Some determinants for the change in the vegetation are the herbicides used during construction of the railway, mining and tree cutting, and plant seeds that got scattered along the route. The traces are made visible in detailed botanic observations of a five-kilometer segment of the Berlin–Baghdad Railway, running between Istanbul and Ankara.

An animated film that revisits the point from which a religious faith sprung, the Zamzam spring in Hijaz, using modern myths and new motifs, and the issue of modernity—namely the encounter of the human and the machine. It looks at the widespread belief that water is a symbol of spirituality, and its metamorphosis from liquid to solid, transforming from the intangible to the material, and from the hidden to the exposed. The name of the well comes from the phrase Zomë Zomë, meaning “stop flowing,” a command repeated by Hagar, second wife to Abraham, during her attempt to contain the spring waters of Zamzam: that which once flowed from a spring and could not be contained, becomes a precious focal point for millions. It attracts rituals and slates, human movement, pilgrimage, the rise of systems, as well as the flow of beliefs. Now it is a hole pulling us back in.

How can art speak about catastrophes, and what would it sound like through a woman’s voice? Armenian writers, survivors of the genocide or descendants of those who survived, faced a similar impasse: While some of them made attempts to depict the horrifying picture of violence, others remained silent. The silent ones belong to the first generation of the genocide survivors. They wanted to forget everything, even by denying their identity and adapting their names. Those who talked would invoke the demons of memory.
A haunting image thus unfolds: two women standing at the banks of the rivers Lethe and Mnemosyne: one starts floating in the river of oblivion towards the point of no return, the other continuously reincarnating. Two women at the railway station: one escaping herself by train, the other waiting at the platform eternally. For both, the train is a time machine running toward the future or toward the past.

Musa paradisiaca
The Intimate Knowledge of Things
Films and lecture

A line-up of audiovisual works devoted to velocity, transmutation, and man–machine technology. The works are gathered in a joint venture based on peculiar views on the impersonality of thought: Ecstasy and Eden is a filmic analogy in which the ecstasy of a mechanic body drifts into a dreamy state, where plants turn into machines. Between beauty and genitalia, one is brought back to reality, to the flow of steam, traction, and motion, gradually slowing down. Francisco and Farcot is a multimedia session evolving from a monologue by a steam machine operator and his love for inanimate beings. Masters of Velocity looks into the relationship between object and environment, the notion of fluid bodies and the technology of transformation and velocity. Inside a pilot’s head one wonders about how different things desire each other mutually: “The pilot wishes to become plane, the plane wishes to become ground…”. 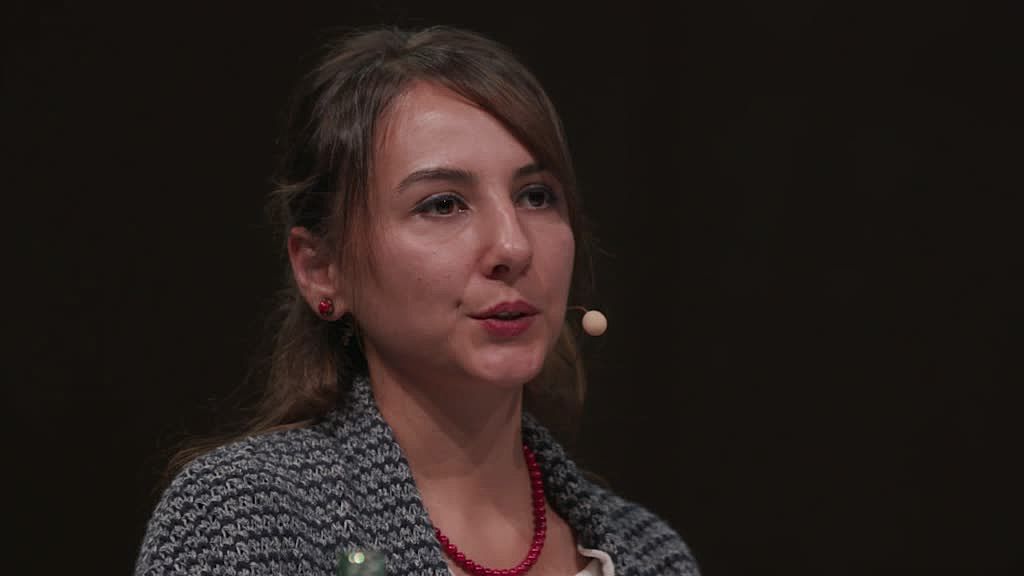 Gülnur Ek?i: The Effects of the Berlin-Baghdad Railway on the Vegetation in Anatolia

Gülnur Ek?i: The Effects of the Berlin-Baghdad Railway on the Vegetation in Anatolia

Gülnur Ek?i: The Effects of the Berlin-Baghdad Railway on the Vegetation in Anatolia (German)