Trains in the Past, Tracks in the Present

The memory of the Ottoman Railway Network as an expression of modernity, capitalism, and imperiality in the past has its own workings today. In parts of Lebanon, Palestine, and Syria, the initial functions of certain sections of the railway have been elapsed by mechanical decay, types of vegetation, and human activity. Other segments have disappeared from the landscape, the collective memory, from documentary evidence; only remaining in films, ditties, wedding songs, or literary texts.

A journey following the traces of the old railway line linking Lebanon to Palestine. The coastal train used to operate as an extension of the so-called Orient Express and Egypt lines, before being put out of service. Bypass is based on material Rania Stephan had originally filmed in 1999—as a personal vision of post-Civil War Lebanon, focusing on rural residents living near derelict stations. By embedding Polaroid photographs into moving images, the film is also reminiscent of the mechanisms of memory, thus becoming itself an interrogation into what happened in between the now and then.

In accord with the nineteenth-century centralization reforms, which changed the governance patterns of the empire, the Hijaz Railway aimed at connecting the Arab provinces to Istanbul and, along the way, to each other. The railway project was intertwined with the pan-Islamic policies of Sultan Abdul Hamid II, who turned to the Eastern Mediterranean territories to rejuvenate the empire around the concept of the caliphate. Serving an ideology based on religion with cutting-edge technology, the Hijaz Railway embodied an idiosyncratic modernity. Çelik examines the rationale and the materialization of the railway project, paying attention to local reactions, which were not always in synchronization with imperial agendas. Furthermore, she situates the Hijaz Railway within the broader scope of turn-of-the-century imperialism and capitalism.

Salim Tamari
Could the Archives Lie? The Disappeared Train
Lecture

An examination of a particular extension line of the Hijaz Railway that used to run from Jerusalem to Ramallah-al Bireh, a district of Palestine. The line was crucial for the war effort on the Palestinian front, enhancing the transfer of both troops and equipment. This particular part of the railway, however, has completely disappeared from documentary evidence. Its existence can only be traced back through wedding songs celebrating the “Bireh Babor,” which indicates the opposite of the collective denial of its possibility. How can an entire section of the railway disappear without tangible traces that attest to its former existence in the archives? In this presentation diverse material, such as aerial photographs from the Bavarian State Archives, private letters, and folk narratives, are used in the search for the lost section of the railway track.

Priya Basil & Sinan Antoon
Steel that Bites the Earth: The Logic of the Track
Literary reading

Objects tell their stories quite often, but humans rarely listen. It is impossible to follow just one track. You are inevitably pulled elsewhere, lured by other trains of thought, other forces. There are multiple tracks, running in all directions: opposite, parallel, crossing, merging, disappearing—and never beginning or ending quite where you imagine. This is an attempt to listen to the tracks as they tell their stories, and trace their itineraries. How they were extracted from the bowels of the Earth to its surface. How they were forced into forms not of their choice. What they saw and heard. 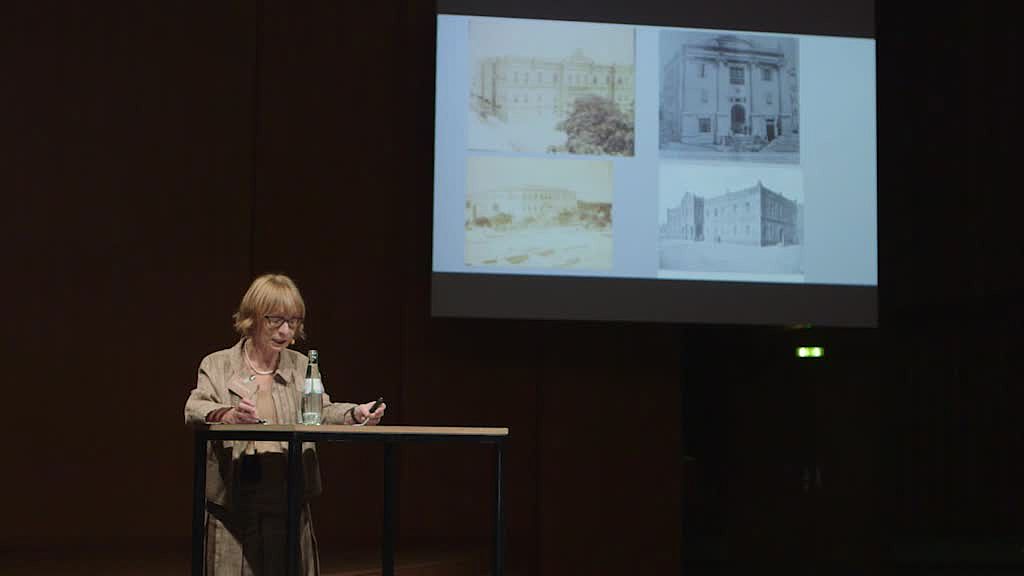 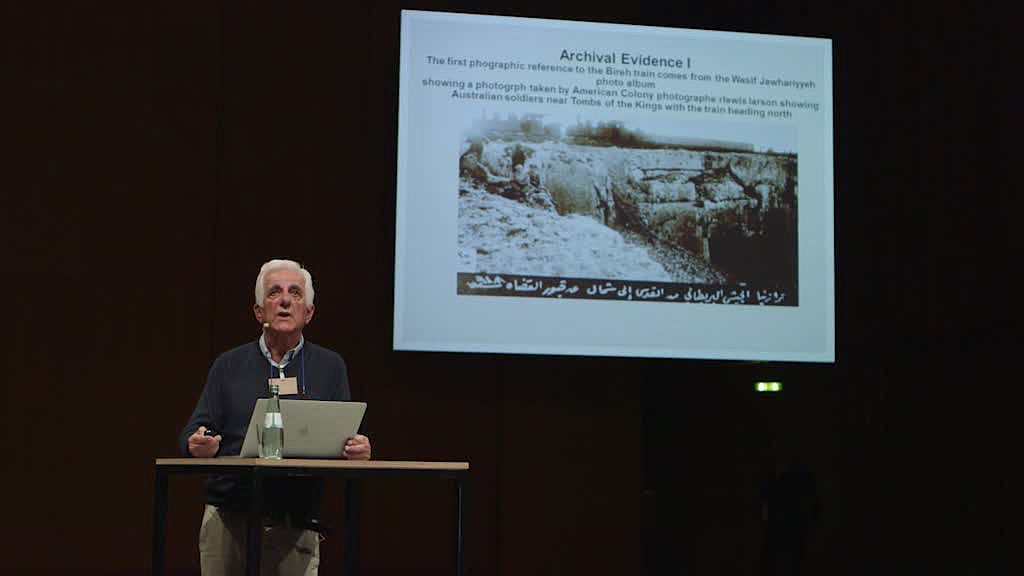 Salim Tamari: Could the Archives Lie? The Disappeared Train

Salim Tamari: Could the Archives Lie? The Disappeared Train

Salim Tamari: Could the Archives Lie? The Disappeared Train (German)

Priya Basil & Sinan Antoon: Steel that Bites the Earth: The Logic of the Track