Architects Vittorio Aureli and Martino Tattara from Brussel-based Dogma, the Realism Working Group and Florian Schmidt present and discuss “Communal Villa,” a 1:1 model for artist housing. Hereby artistic practice is exemplary for a biopolitical configuration, in which life and work cannot be clearly separated anymore. Hence “Communal Villa” questions the very idea of the house as a private sphere, separated from the world of production.

Dogma is an architectural practice founded by Pier Vittorio Aureli and Martino Tattara that since the beginning of its activities has developed several projects in the attempt to define a coherent approach to the contemporary city. In the last years, the practice has focused on the question of domestic space by experimenting with new forms of living space that attempt to go beyond the traditional family dwelling and the regime of the homestead property. Parallel to numerous projects, Dogma has carried out a critical reading of the history of dwelling and of the conditions of the household.

The Realism Working Group was founded in 2007 as a self-organized Free Class at the Städelschule academy of fine arts in Frankfurt am Main. Since then, in workshops, seminars, and exhibitions, the group has engaged with the relationship between art and realism. Against the background of rapidly advancing gentrification in Frankfurt, the group is more intensively addressing possibilities for the collective appropriation of living and working spaces.

Florian Schmidt is an urban sociologist and activist. In 2001 he helped found the initiative Stadt Neudenken (Rethinking the City). In 2009 he headed the project office Kreativquartier Südliche Friedrichstadt (Creative District Southern Friedrichstadt) which initiated the first draught procedure for Berlin’s real estate policy which it manages to this day. From 2007 to 2010 he coordinated the initiative Berliner Kunsthalle. He is a partner in Urbanitas Berlin Barcelona - Büro für lokale Entwicklung, Kulturproduktion und Kommunikation (Office for Local Development, Cultural Production and Communication) and founding member of the Creative Board Friedrichshain-Kreuzberg. Since 2014 Florian Schmidt has been studio representative at the Kulturwerk bbk Berlin. 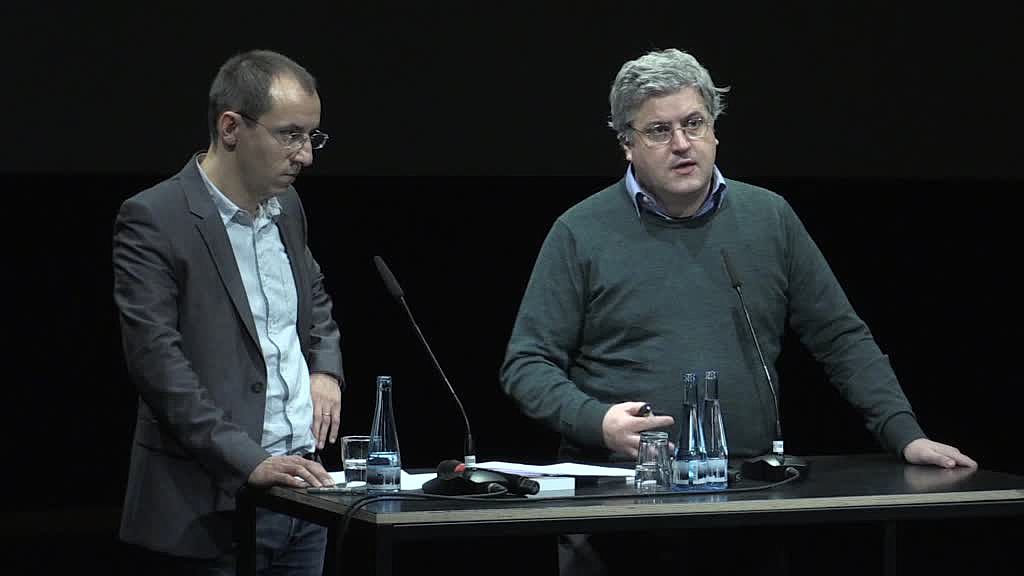