The working conditions at major Chinese concerns such as Foxconn are striking manifestations of the immense collateral damage produced by the belief in capitalist progress: While the factory workers are subject to an inhuman time regime, the mobile telephones and tablet computers they produce contribute to the expansion of global real-time communication. For many Chinese workers the only place they can find self-determined time is in poetry where another, non-linear understanding of time is possible: In the Chinese language verbs do not have a tense. What relationship does European and Chinese literature have to the concept of time? Did the belief in progress arrive in China with the cultural revolution? What role does the history of China’s revolutions and constitutions play in this context?
The literary texts will be read in the Chinese original, the actress Lena Stolze reads the German versions.

Guo Jinniu, born in Hebei, China, and now living in Shenzhen, used to be a migrant worker in South China, where he worked at the Foxconn factory for some time. One of his responsibilities there was the installation of safety nets to stop employees committing suicide by jumping from the factory buildings. Guo has published poems and stories in China, and his poems have been translated into English, German, Dutch and Czech. His Chinese collection of poems, named Going Home on Paper has won numerous prizes worldwide. In English his poems can be found in the collection A Massively Single Number, published by Yang Lian.

Yang Lian is a Chinese poet living in Berlin. His numerous volumes of poetry, prose and essays, including YI, Where the Sea Stands Still, Concentric Circles, Riding Pisces: Poems from Five Collections, have been translated into more than 25 languages. He has been awarded many poetry prizes in China and other countries, among others the International Capri Prize 2014, the Tian Duo (Heavenly Bell) prize for the long poem 2013 and the Nonino International Literature Prize 2012. Yang Lian has been elected a board member of PEN International, has taught at several Chinese universities, was a DAAD fellow in Berlin and a fellow of Wissenschaftskolleg zu Berlin.

Martin Mosebach, born in Frankfurt am Main, has lived there as a freelance writer since completing his second State Examination in law. His first novel was published in 1983. He wrote ten novels, most recently Das Blutbuchenfest. He also published poetry, short stories, libretti and essays. He has received numerous awards including the 1999 Heimito von Doderer Literature Prize, the 2002 Kleist Prize, the 2007 Georg Büchner Prize and the 2015 Goethe Plakette of the City of Frankfurt am Main. He is member of the Akademie für Sprache und Dichtung in Darmstadt, of the Akademie der Künste Berlin-Brandenburg and of the Bayrische Akademie der Schönen Künste. He was fellow at the Wissenschaftskolleg zu Berlin and the Wissenschaftskolleg Morphomata of the University of Cologne. In 2014 he was fellow at the Deutsche Akademie Villa Massimo in Rome and in 2015 of the C.F. von Siemens-Stiftung in Munich.

Lena Stolze is an actress and lives in Berlin. After studying art history and German language and literature she began training as an actress at the Max Reinhardt Seminar in Vienna in 1975. From 1977 she performed, amongst others, at the Vienna Burgtheater, the Residenztheater in Munich and the Thalia Theater in Hamburg. Lena Stolze also gained a reputation as a screen actress, playing the role of Sophie Scholl in Michael Verhoeven’s film Die weiße Rose and Percy Adlon’s Fünf letzte Tage from 1982. A further major international success was Stolze’s comic role in Das schreckliche Mädchen (1990/ Michael Verhoeven). Stolze has received numerous awards, including two German Film Awards. She has worked, amongst others, with Michael Haneke, Marleen Gorris, Christoph Roehl, Robert Thalheim and Margarethe von Trotta and is a Film Academy and European Film Prize jury member.

YoYo (Liu Youhong) is a writer and artist based in Berlin. Her novel Ghost Tide (2005) has been translated into English. YoYo has taught at several universities such as Eton College, Windsor, and at the School of Oriental and African Studies (SOAS), University of London. Her artistic work includes performances and paintings, which were exhibited in the Berlin Avantgarde gallery in 2013. YoYo has been invited to take up writer-in-residence positions and arts projects in China, USA and throughout Europe, among others at the University of Shantou, Guangdong province, China; at Yaddo, an artist colony in New York; the Akademie Schloss Solitude and the Deutscher Akademischer Austauschdienst in Germany; at the Centro Civitella Ranieri in Italy; at Cove Park in England and at MEET in France.

Yongle Zhang is a constitutional historian as well as political theorist. After he received his PhD at the Department of Political Science at the University of California, Los Angeles, he is now Professor for Legal History at Peking University. His book The Remaking of an Old Country: 1911‒1917 (2011) introduces theoretical perspectives of comparative history on empires and state-building, and analyzes different political and legal approaches that aim at reintegrating the huge Chinese territory. In contrast to the mainstream historiography on the Revolution of 1911, he shifts the focus from the revolutionary rupture to compromise and continuity and shows how the belief in progress entered China. 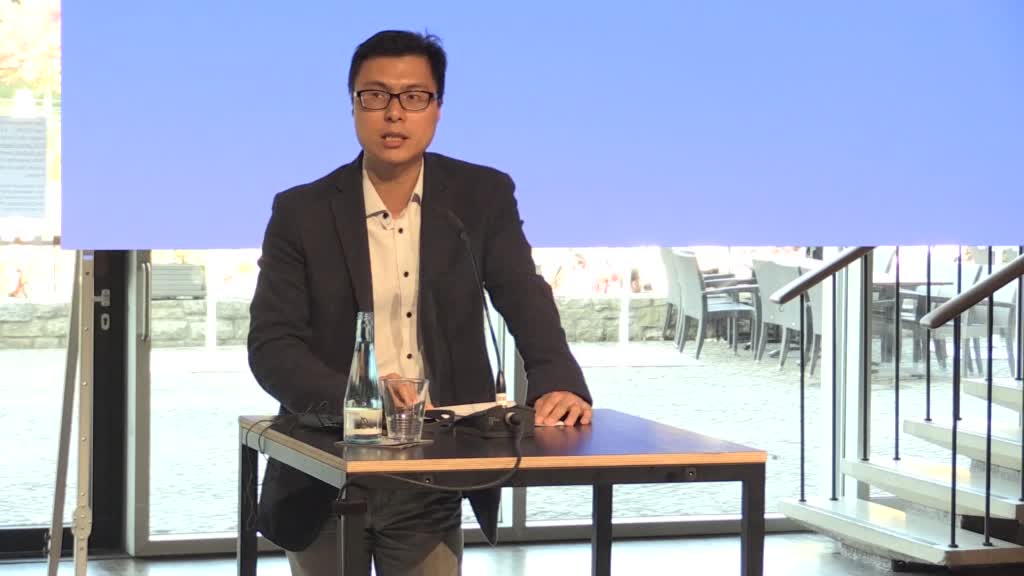