One of the outcomes of bauhaus imaginista and its transnational scope has been the new historical insights gained from three years of research involving contemporary artists and researchers worldwide. Provoked by current developments such as the electoral success of the far-right and normalization of attacks on democratic processes, the judiciary, civil rights and the press, the conference asks how the findings offered by the project might inform contemporary political debates. International artists, researchers, journalists and activists will examine a series of political issues arising from the project’s research. These include reflections on nationalism and colonialism, the limits of internationalism and the politicization of digital cultures. Starting from the historical materials and findings of the exhibition, the panels aim to consider these in relation to the background of contemporary concerns, politics and action.

Iwao Yamawaki’s 1932 collage Attack on the Bauhaus, which appears in the exhibition chapter Corresponding With, depicts the boots of the Nazis marching across the façade of the Bauhaus building in Dessau, which like German civil society in the 1930s fascism had broken apart. Yamawaki published his collage in a Tokyo newspaper at a time when nationalism was also on the rise in Japan. During the period in which it was active, the Bauhaus was the target for several right-wing attacks, and although many Bauhauslers fled Germany, many became victims of the regime while others actively collaborated. This panel considers what conclusions if any can be drawn from these historical events. How can contemporary institutions and cultural producers respond to the rise of nationalism, racism and xenophobia today?

Departing from the exhibition chapter Moving Away, the panel discusses the internationalist legacy of the Bauhaus in relation to the communist ideals of many of its students and teachers. Contemporary practitioners will respond to projects by Bauhaus architects working in the Soviet Union, the GDR and the Netherlands as part of the processes of industrialization and urban development in the interwar and postwar era. Transformation of the internationalist legacy of the Bauhaus occurred in different ways: through Stalin’s Five-Year Plan, East German socialist internationalism and the postwar settlement in Western Europe. At the time and since, socialist and communist networks have been examined critically by decolonizing activists and postcolonial theorists. In the light of contemporary perspectives on alternative internationalisms such as Pan-Africanism, the Non-Aligned and Tricontinental movements, the panel will ask if a new kind of internationalism would be possible and desirable today and, if so, what form it might take.

The exhibition chapter Learning From explores how cultural appropriation played a key role in the design practice of the historical Bauhaus and how this was continued in the second half of the twentieth century in the United States, Mexico, Morocco and Brazil. The panel revisits these histories, which share the extensive studies and borrowing by Western artists from American Indian and Maghrebian cultures. These “borrowings” were detached from their original context at a time when societies and territories were being threatened and destroyed by the processes of administrative repression and economic exploitation. Two artists will discuss a critical reading of these histories in relation to their work developed within the frame of bauhaus imaginista.

The exhibition chapter Still Undead uncovers a history of experiments with new media and technology as they emerged out of the Bauhaus in the midst of institutional, scientific, artistic and countercultural developments in Western Europe and the USA in the second half of the twentieth century. It shows how creative experiments transcended institutional structures on the one hand, while being integrated into them on the other. The blurring of the borders between experimentation, institutionalization and commercialization, which was already characteristic of the Bauhaus, has now become the norm. This general tendency – the merging of experimental practices into the common sense of consumption – emphasizes the necessity for the re-politicization that could take place today at the intersection of art, technology and popular culture. 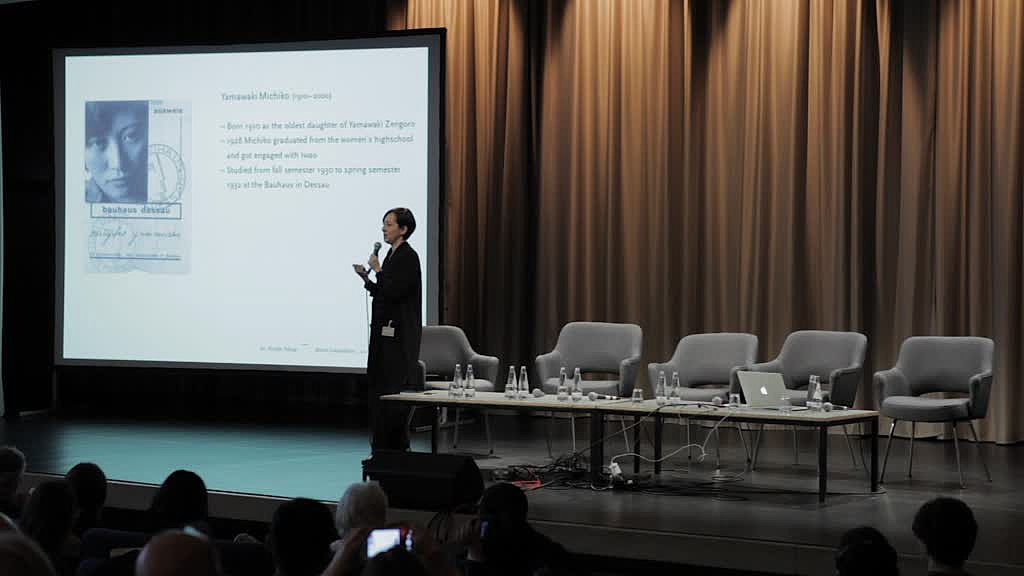 Resisting the Rise of Populist Nationalism

Resisting the Rise of Populist Nationalism How to Redress Practices of Cultural Appropriation

How to Redress Practices of Cultural Appropriation How to Politicize Art, Technology and Popular Culture

How to Politicize Art, Technology and Popular Culture