How political is the Bauhaus?

In the anniversary year of Bauhaus, HKW takes up key questions raised by Bauhaus—from civil education to housing questions and internationalization. What can institutions that are today confronted with attacks from the right learn from the history of Bauhaus?

The Bauhaus emerged from a crisis-ridden time that shows parallels to the current situation. Again the autonomy of art is in question; again attempts are being made to bind culture to nation and people. What strategies did right-wing powers use back then? And how did the Bauhaus behave towards these attacks? Activists, experts, artists, and the audience will have their say on these questions.

The Politics of Forms and the Forms of Politics
Arjun Appadurai, New York University
Audio recording

Open discussion between audience and speakers

Part 1, Educational Theory / Education of Society
One hundred years after the founding of the Bauhaus in Weimar, it has again become necessary to battle for democratic society. This urgently requires well-educated subjects. The political moment of the Bauhaus was expressed not least in its understanding of a new educational theory of social reform. The deliberate design of the architectural as well as the media environment should serve the creation of a new human, who should be enabled to find their way in a reality that is changing rapidly due to mass media and urbanization and to act with self-determination. In addition to emancipative education of the people as democratic subjects, the means of communication developed at the Bauhaus also served its own marketing. The success of the Bauhaus as a global brand, as Beatriz Colomina and Mark Wigley argue, is also due to the mitigation of its at times radical concepts of design and education in favor of economic aspects.

Can the revolutionary approaches of the Bauhaus be made effective again? Can or should design be employed again today as a means of educating society? Or should it instead be used to create places for self-organized and democratic learning? These questions are addressed by Raumlabor, who created an experimental platform called the Floating University in the summer of 2018 that combined academic with informal knowledge production and included the broad public. Can such places help to develop shared visions for the life in the future?

Part 2, Housing Question / Urban Development
Financially and politically under pressure from the right-wing Thuringian government, in 1925 the Bauhaus decided to relocate from Weimar to Dessau. The invitation by the Social Democrat-led Dessau city government also was linked with hopes that the Bauhaus would provide solutions to the housing crisis. The Social Democrats increasingly withdrew their support from the Bauhaus when this expectation was not fulfilled. Gropius’s workers’ housing settlement in Dessau-Törten, which offered comparatively high standards but failed to provide cheap housing for the masses, was symptomatic of this. On the contrary, the costs of the settlement put the city budget into a threatening imbalance. Today, Germany is facing a new housing shortage. Right-wing populist movements use urban crises such as displacement and democratic deficiencies in urban development for their interpretations that further promote exclusion and the division of society. How can housing and urban policies counteract the segregation of society? How can actual participation in urban development be made possible, contrary to populist claims?

Part 3, Emancipation / Internationalization
The Bauhaus combined the hope of an emancipative model of society in which internationalism would replace nationalism and old hierarchies would give way to fairer class and gender relations. Unlike many other art academies of its time, women were able to attend the Bauhaus, but for most of them this was restricted to the textiles class; they were largely excluded from the rest of the curriculum. The Bauhaus students also found inspiration for the fabrics developed in the weaving workshop in ethnological collections. Dealings with other cultures thus seemed more marked by exoticism and colonial appropriation than by equality. In the post-war period, modernism spread globally; under its claimed universalism, it became part of globalization. Industrial standardization and mass production, which the workshops of the Bauhaus experimented with, were accompanied by global production logics that led to a consolidation of global inequalities rather than securing basic living standards for all. To this day, aspirations of equality have not been fulfilled either in terms of the sexes or people of different origins and cultures; traditional gender roles and racism are strengthening again. It seems more urgent than ever that we focus on the internal contradictions of the Bauhaus in order to overcome traditional patterns of thought and to promote genuine emancipation and equality.

Part 4, Political Role of Cultural Institutions
From its founding, the Bauhaus was the target of nationalist, conservative and Nazi attacks, which ultimately led to the closure of the Bauhaus, the persecution and even to the exile and death of many of its members. Today, cultural institutions are once again being attacked by right-wing extremists who make culture a field of ideological struggles. Again the autonomy of art is in question; again attempts are being made to bind culture to nation and people. What strategies did right-wing powers use back then and how did the Bauhaus behave in the face of these attacks? What can institutions under attack from the right today learn from them? How can artists and institutions position themselves when the right turns against them demanding political neutrality? How can cultural institutions facilitate access for previously excluded population groups in order to secure themselves as spaces for the democratic negotiation of the many? What new alliances are necessary for this? Can they act as mediators without becoming the instrument of right-wing propaganda or contributing to the normalization of their positions? 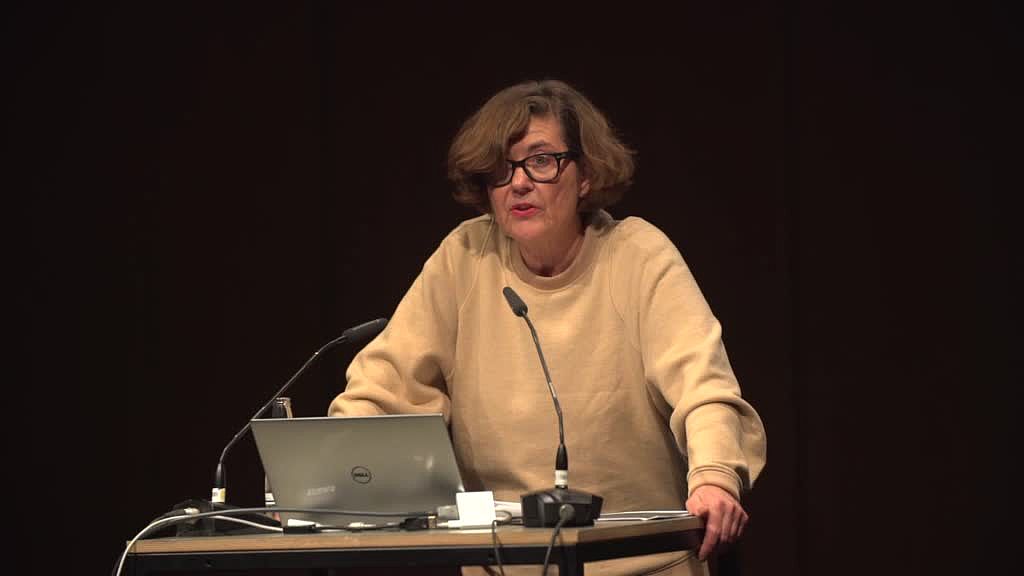 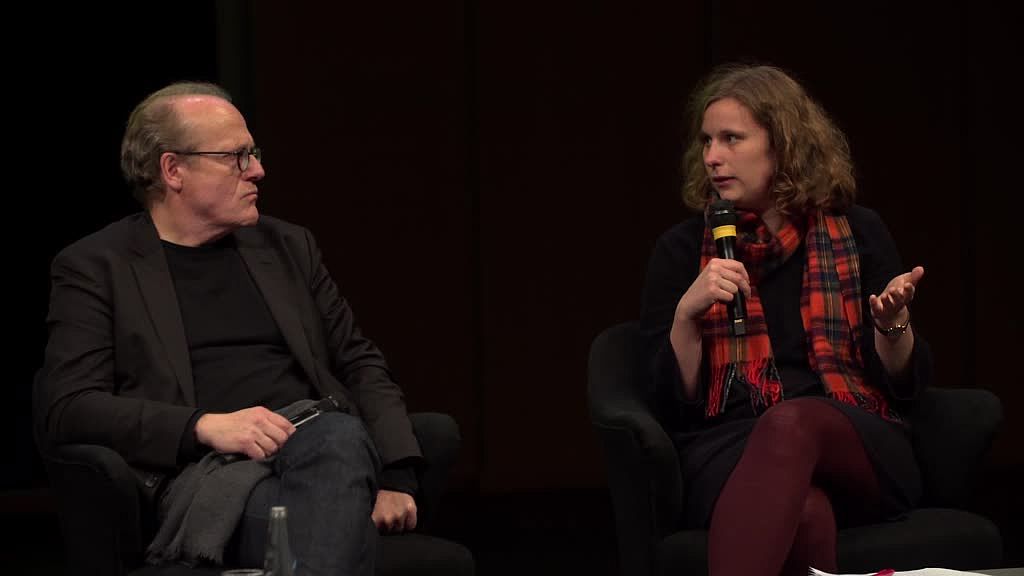 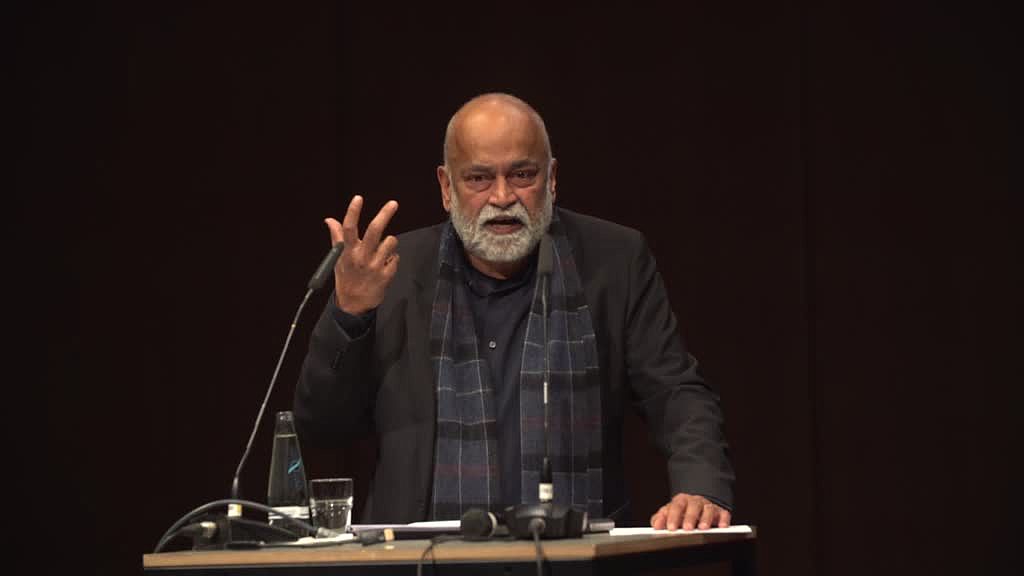 Arjun Appadurai: The Politics of Forms and the Forms of Politics

Part of “How political is the Bauhaus?” English original version Lecture, Jan 19, 2019

Part of “How political is the Bauhaus?” German original version Conversation, Jan 19, 2019