The program’s first conversation takes place between two very different regions that are experiencing transformations prompted by the multiple disasters that are the Anthropocene: the Lausitz region of Germany and the city of Minneapolis, Minnesota, in the US. Artist and researcher John Kim opens a portal on-site in Minneapolis with a discussion on From Emergency to Emergence, a series of workshops and conversations developed in the aftermath of the recent uprisings and protests related to the poly-crisis of racial inequality, a global pandemic and ecological destruction. Focused on activist practices of solidarity and mutual aid, the series seeks to reveal how such activities offer new models and modes of self-governance and political autonomy. Back in Berlin, sociologist Jeremias Herberg discusses the coal region of Lausitz, which has a long history of post-socialist change, coal extraction and populist mobilization. In light of the government’s plan to phase out coal by 2038, Herberg’s team at the Institute for Advanced Sustainability Studies, Potsdam, has engaged in a critical, facilitative and catalytic role to discuss and collectively transform those legacies in close collaboration with local partners.

The Shape of a Practice

In English with simultaneous translation into German 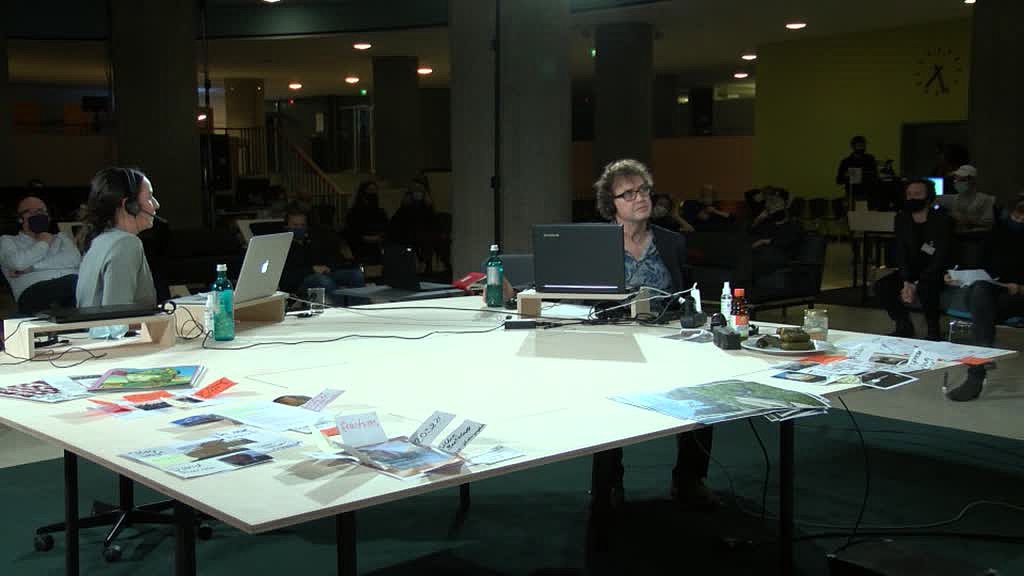 Opening: The Shape of a Practice

Please bring your own laptop or smartphone as well as headphones to stream the event on-site at HKW. If necessary, headphones can be borrowed at the box office. Wi-Fi is available.

To ensure the security of our visitors and employees, health and safety protocols have been established. They include a reduced visitor capacity. Please wear your own mouth and nose protection on site and maintain a minimum distance of 1.5 meters from others.
More information...