Cover of the catalogue of the 29th Salon of the Jeune Peinture, Paris, 1978 (detail) | Courtesy of Claude Lazar

In the political spectrum of the Cold War, networks of solidarity linked the Cuban revolutionary regime, the Anti-Apartheid movement of South Africa, the Palestinian revolution and other anti-colonial liberation insurgencies. Artists and collectives were fundamental in mobilizing these international networks as they reappropriated public spaces, organized protest marches and occupied the city walls and community halls with visual idioms and practices. Does the historiography of art include their legacy? Which historical sources formed the basis for their narratives and memories? What is their connection with the solidarity struggles of the present time?

The research around the exhibition Past Disquiet uncovered some of these forgotten or rarely studied histories, spanning the 1960s to the 1980s. These sources, scattered across a geography that often transgressed the East–West binary configuration of the Cold War as well as the North–South divide, unsettled the canonical narratives of art: The International Art Exhibition for Palestine in Beirut of 1978 created a transnational web of exhibitions held in solidarity; these ranged from the networks that emerged in Cuba in 1966 linking South America, Africa, Asia and Europe, through the Museo de la Solidaridad Salvador Allende-MSSA founded in Santiago de Chile in 1972, to the militant exhibitions and interventions of the artists of the Jeune Peinture in France, the travelling exhibition Art Contre/Against Apartheid initiated in 1979 and the collection in solidarity with the people of Nicaragua initiated by the Sandinista leadership in 1980.

The art historical canon has rarely paid attention to this parallel universe of practice and theory, either in the archival traces that remain dormant in private and unconventional places or in narratives that persevere as first-person testimonies or oral history. On the occasion of the publication of Past Disquiet: Artists, International Solidarity and Museums-in-Exile, edited by Kristine Khouri and Rasha Salti, De-Centering Narratives brings together some of the contributors to the volume and collaborators on the project whose research proposes conceptualizations and approaches that redirect attention outside the confines of the prevailing art historical canon.

3.30pm: For a Geopolitical Analysis of the Art Worlds: the Jeune Peinture
Catherine Dossin
How does the geopolitics model redraw our approach to the art world and its power structures and conflicts? In foregrounding transnational exchange, Catherine Dossin’s historiography on post-World War II modern art argues adeptly for a de-centering of the prevailing national paradigms structured amid the center and the peripheries. In her talk, Dossin introduces her geopolitical conceptual framework and through this lens, revisits the insurrectional and anti-establishment positioning of the Jeune Peinture in Paris. This association of artists, which was involved in international solidarity as well as local struggles, attracted French artists from the radical left, and provided a haven for international artists who sought political asylum after fleeing the dictatorships in Argentina, Brazil, Chile, Greece, Portugal and Spain.

4.15pm: Speculative Narratives: Essay Exhibitions
Anselm Franke
Are the current globalization and expansion of previously excluded art collections and histories likely to overcome Eurocentrism? For the colonial appropriations and exclusions of the past cannot be corrected without exposing the problems of the institution of art itself – its narratives and frameworks In his talk, Anselm Franke interrogates the paradigm of globalized art, arguing that the narrative of “inclusion” could be yet another appropriation allowed by transferring the Western framework to global art. In revisiting the Kanon-Fragen program at HKW since its start in 2016, Franke tackles the essay exhibition model and the institution-critical practice they pursue, thereby not only adding more chapters to the canon established in museums but also questioning its structures. Through the model of speculative narratives, essay exhibitions provide a reflexive framework to trace and confront the reproduction of boundaries that still inscribe the most ephemeral aspects of aesthetic perception in political and historical power relation

6pm: “Let it return” – Setting up an Archive and turning a Maximum Security Prison into a National Museum in South Africa
André Odendaal
Which museological or archival approach best tells of South Africa’s historical struggle against Apartheid from the perspective of cultural history? What were the approaches in the 1990s and what ideas are being raised today, twenty-five years after democracy? Historian André Odendaal was commissioned by President Nelson Mandela’s first cabinet to transform the Robben Island Prison into a museum. He was also the founder of the Mayibuye Centre for History and Culture (mayibuye meaning “let it return”), which holds archives and art collections, in addition to posters, pamphlets, photographs and films, opening a space for previously banned material and threatened perspectives. The Centre is the repository for the Art Contre/Against Apartheid collection initiated in 1983 to mobilize the world against apartheid in South Africa. Odendaal’s talk reflects on debates about how the liberation struggle and the legacy of activism have been memorialized in a museum (in the case of the Robben Island Museum) and in an archive (in the case of the Mayibuye Center).

6.45pm: Cultural Guerillas: Networks of Solidarity from Nicaragua to Cuba
Kristine Khouri, Paula Barreiro López
How do the networks of solidarity become conduits for collaboration that interlace the fields of political history and art history? Since the 1960s, the term “cultural guerrilla” related directly to anti-colonialist and anti-imperialist revolutionary struggles. Augusto César Sandino’s guerrilla tactics against US intervention in Nicaragua at the end of the 1920s became a model for future revolutionary movements and cultural networks of solidarity across different countries in the region. In her talk, Kristine Khouri traces the international mobilization of artists in solidarity with the people of Nicaragua that was sparked by the Sandinista revolution in 1979. In turn, by linking Cuba’s revolutionary program and its support for the movements of decolonization, Paula Barreiro López will address the cases of “cultural guerrilla” warfare that emerged from Cuba, a country seen as a transnational center for the production of art in the 1960s, ’70s and ’80s. 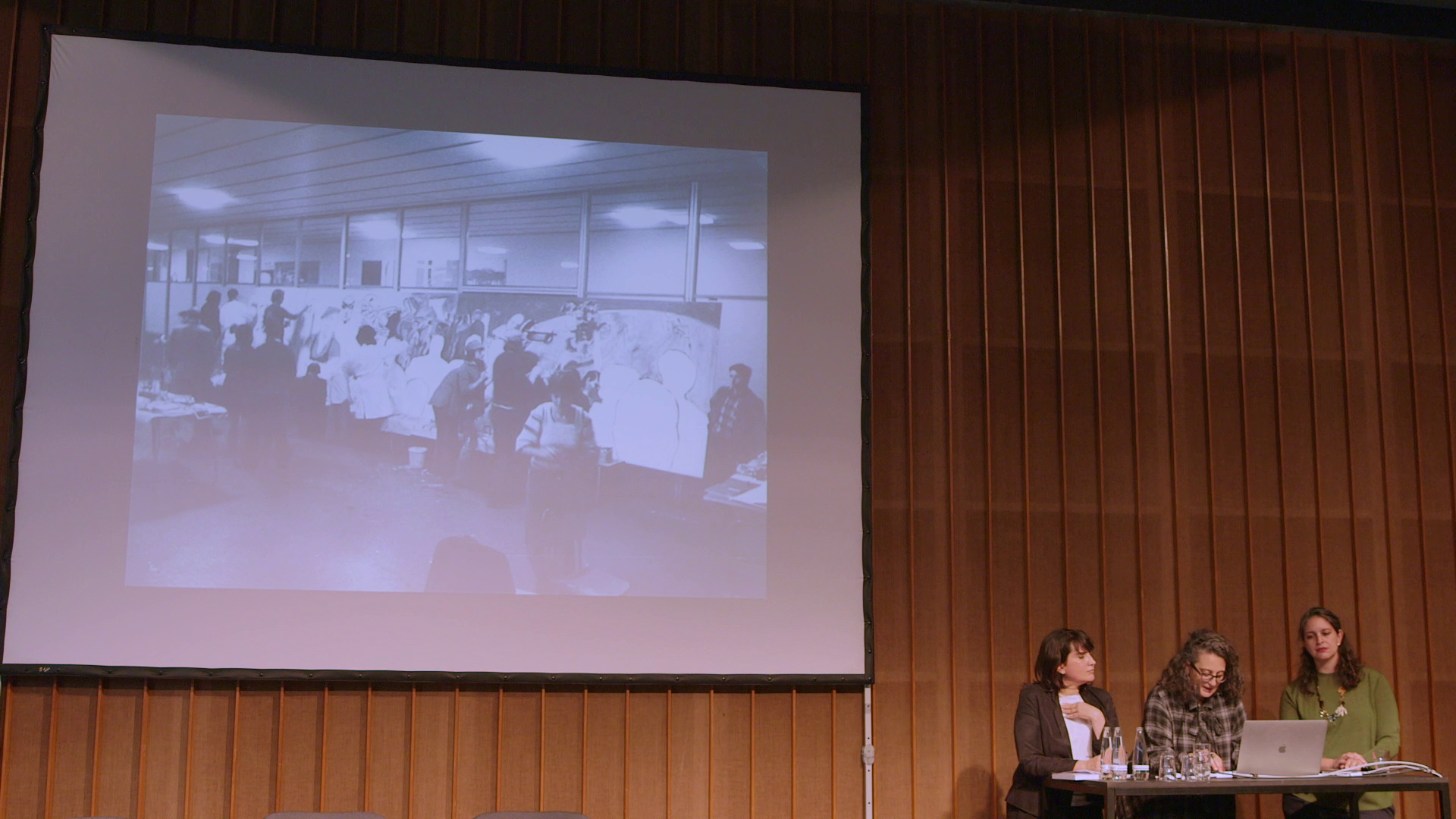 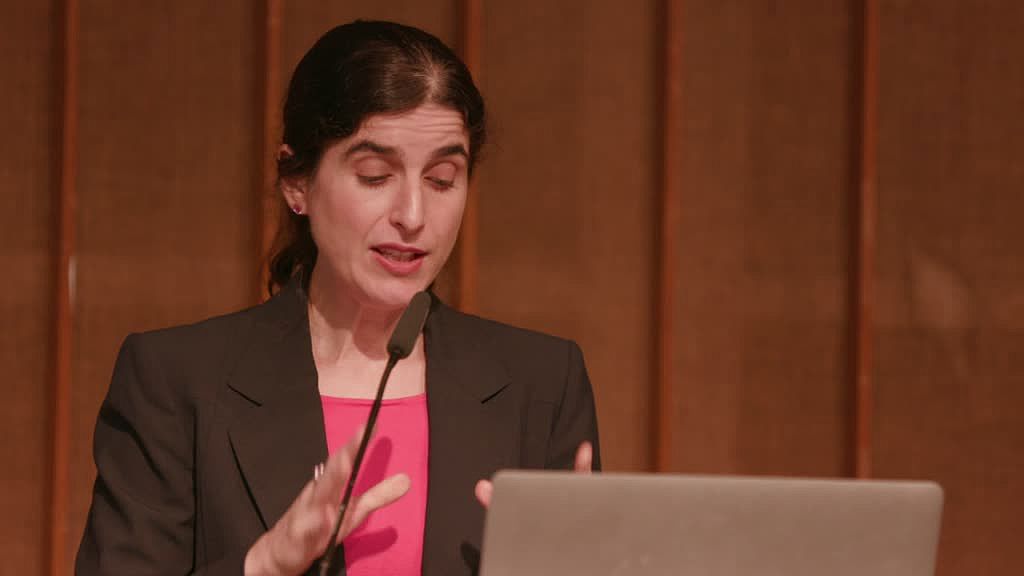 Catherine Dossin: For a Geopolitical Analysis of the Art Worlds: the Jeune Peinture 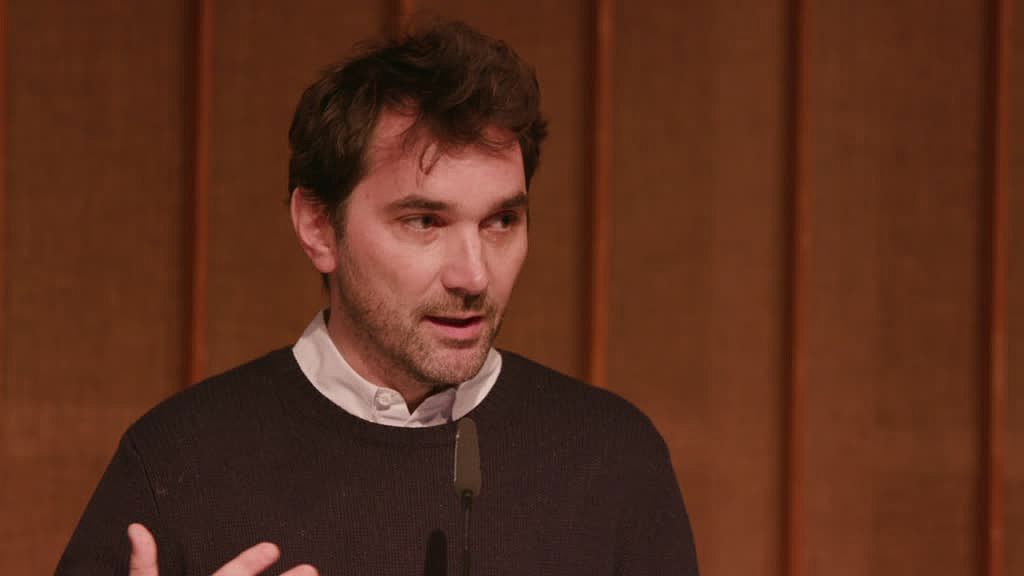 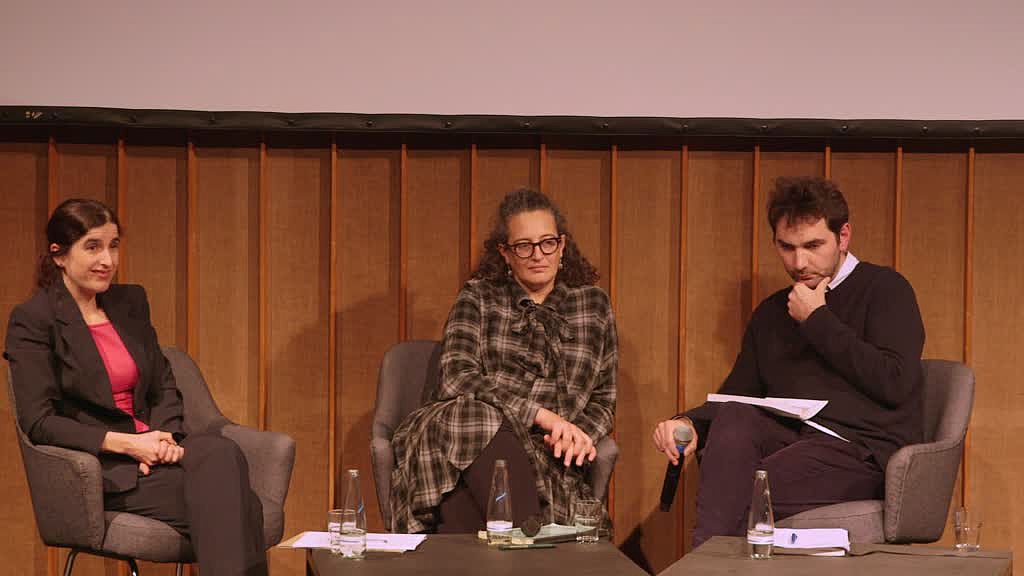 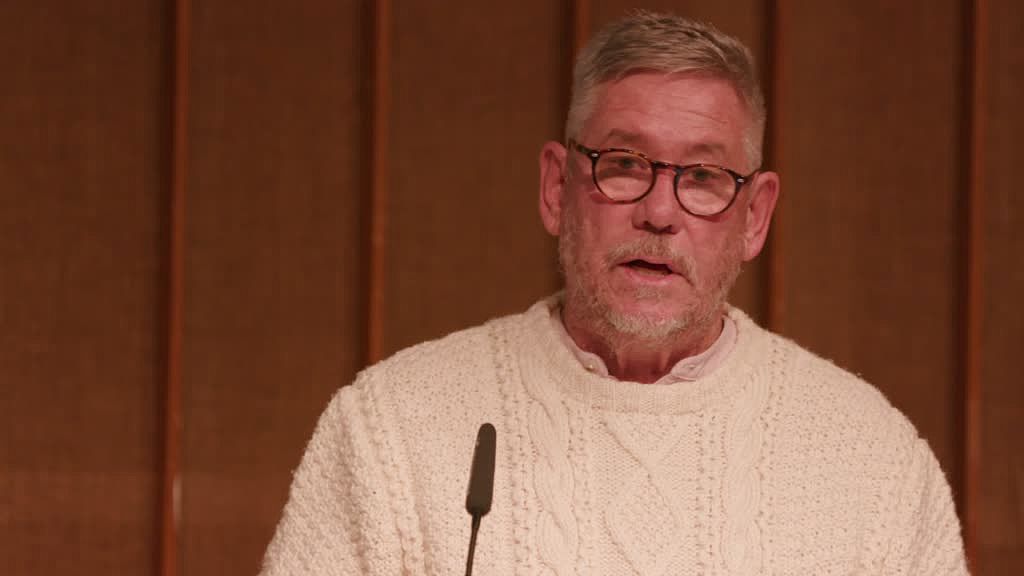 André Odendaal: “Let it return” – Setting up an Archive and turning a Maximum Security Prison into a National Museum in South Africa 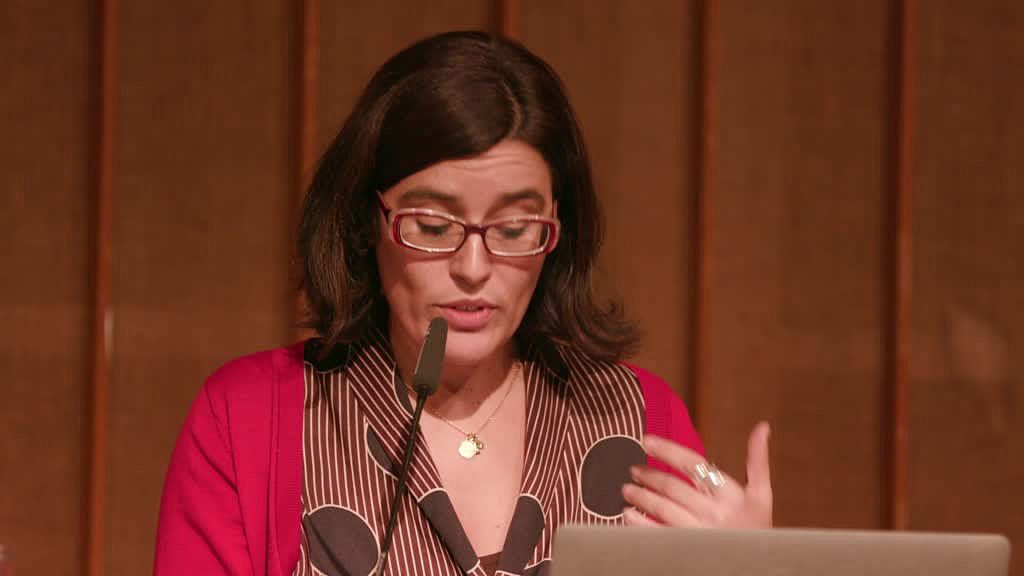 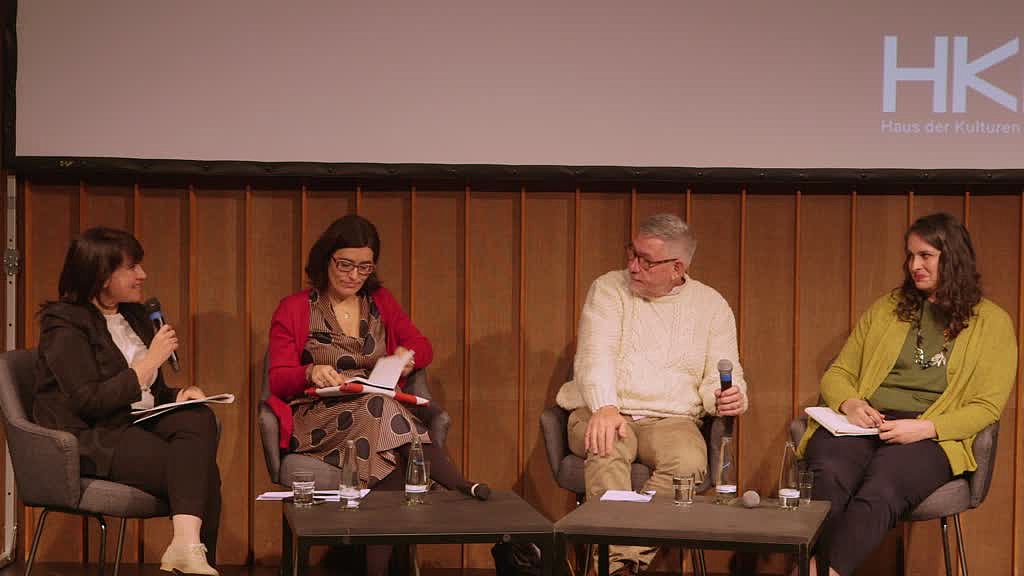 Catherine Dossin: For a Geopolitical Analysis of the Art Worlds: the Jeune Peinture

André Odendaal: “Let it return” – Setting up an Archive and turning a Maximum Security Prison into a National Museum in South Africa