The conference A New School explores the question of whether approaches to a radical art education of the 20th century are gaining relevance today in view of current socio-political conditions and whether they necessitate a reform of art and design education. On the first day, panels examine pedagogical concepts as well as new places of learning and schools in Brazil, China, Germany, Great Britain, India, Nigeria, Rwanda and the USA, and discuss their relevance for contemporary education. On the second day, three workshops foreground the haptic, manual and practical processes, which are often overshadowed by a cognitive approach, though equally important. They will explore what forms of collective learning and self-organization are significant in an age of global networking and what new kinds of knowledge and actions are needed to meet contemporary challenges.

Panel 1: The Creation of New Art Schools and Their Social Conditions

In the opening panel, the founding of the Bauhaus in 1919 is taken as a starting point to question international modern art and design schools in terms of the social conditions that made new institutions and new forms of learning necessary. Did the pedagogical and creative approaches emerge from civil society initiatives or were they state programs? Contributions by international scholars present various design schools, new teaching models and their objectives and ambitions as they were developed in India, the GDR and the USA at the beginning and middle of the 20th century.

In the epistemic context of a fundamental skepticism towards the existing knowledge system, the Bauhaus school was in pursuit of “unlearning”: dismissing conventional learning and promoting pre- linguistic, intuitive approaches- which also led to adoptions of non-academic modes of perception and included an interest in pre-modern knowledge systems. At the same time- the methods and learning techniques applied in the curriculum of the Bauhaus are embedded in a widespread international progressive education reform since the turn of the century and entangled with psycho-technologies, applied within formation of a “new man”. Three scenes within the experimental learning environment of the Bauhaus structures the talks critical reflection on the “newness” of the schools pedagogic endeavor.

A Virtual Cosmopolis: The Bauhaus and Khala Bhavan
Partha Mitter

The Bauhaus is renowned for its contribution to modernist architecture and design. Less known but equally significant is its pioneering role in opening up a transcultural network that created the conditions for global conversations on art and design as early as 1920s. One such example is the meeting of minds in Gropius’ early pedagogic principles and Rabindranath Tagore’s teaching ideals at the Kala Bhavan. Mitter traces the Bauhaus’ complex transcultural network. The communication revolution that followed colonial expansion in the 19th century led to the diffusion of hegemonic languages, which were disseminated worldwide through print capitalism. This “virtual cosmopolis,” a world of imagination, brought center and periphery closer, offering the conditions for global conversations that were not dependent on colonial power relations. Many of the main actors never met but they exchanged ideas through printed texts and images, thus creating the essential conditions of modernity.

Moving Away from Bauhaus and Ulm: The Evolution of the Foundation Program at the National Institute of Design, Ahmedabad
Suchitra Balasubrahmanyan

Established in 1961, the National Institute of Design (NID) became the first institution for design education in India, coming into existence at the intersection of postcolonial aspirations to design a new nation and the new citizen and Cold War cultural diplomacy. Images of undergraduate student work in the NID Foundation Program give the impression that the early Indian design teachers simply transplanted the contents of the Bauhaus preliminary course and the Grundlehre of the Ulm School of Design. Suchitra uncovers the thinking that led to the Foundation Program, explores the ways that it drew on the pedagogies developed at the Bauhaus and in Ulm and charts the diversions it made to be relevant to the evolving socio-cultural environment in India. Thus, the campus, the city and the village became sites and subjects for progressive and independent design education along with a unique pedagogic approach which melded modern design with traditional craft which continues to this day.

Designer, educator and researcher Muriel Cooper (1925–94) worked at the Massachusetts Institute of Technology for four decades. The first art director of the MIT Press, she gave form to seminal books such as The Bauhaus (1969) and Learning from Las Vegas (1972); as the co-founder of the Visible Language Workshop, she created an environment for experimental techniques in print, photography and video; and as the first woman tenured at the MIT Media Lab, she played an important role in shaping the way people interact with their screens. Wiesenberger will address the importance and surprising persistence of the Bauhaus and its ideas throughout Cooper’s long and varied career.

Among East-German art academies that were also exemplary for the West, Berlin-Weißensee holds a special position. With a program influenced by Mart Stam, the school was able to maintain its willful coherence and collective integrity even after his dismissal. Regarding Selman Selmanagić, the last head of the Communist Cell at the Bauhaus, the panel will reflect on the basic idea of the Bauhaus program, which was always critical of the system: Emancipation.

This panel discusses the design of new places of learning that emerged in the second half of the 20th century in China, Brazil and Nigeria in the context of independence movements and as counter-models to Western modernity. With contributions by architects and theoreticians, it presents designs from universities in Shanghai and Taiwan, a campus and a new cultural center in independent Nigeria in the 1960s, as well as a museum school from Brazil. Does the design and spatial order of these learning spaces also reflect a new form of learning and un-learning?

On Misunderstandings and Translations: Copies from the Past as Inspiration for the Future?
Eduard Kögel

Due to imperial structures and colonial dependency, the Western/Christian concept of time and space became inscribed in many cultures around the globe. In China, for example, the western world’s egocentric idea of space opposed geocentric bonds with the environment. Yet Western observers perceived a “copy-and-paste” behavior in China, which they felt denied creativity. What did the architects Walter Gropius and IM Pei in China or Hans Scharoun and Chen Kuen Lee in Germany make of this context?

Arieh Sharon’s postcolonial modernist Architecture at the Obafemi Awolowo University campus in Ile-Ife, Nigeria, is significant along many dimensions. These dimensions are explored in the architecture of the core area of the campus in order to suggest and illustrate their influences on the rest of the campus. First, it represents a departure from the colonial modernist architecture exemplified by the first university campus in Nigeria, the University of Ibadan, some eighty kilometers from Ile-Ife. Second, modernism is reinterpreted especially in relation to the modernist box and its climatic responses and the historical roots of the university campus as an architectural type. Third, Sharon gives physical expression to issues of Yoruba culture and identity including art. Amole illustrates the influences of these characteristics on the architectural prectice of other architects.

The experience of Lina Bo Bardi´s Museum of Popular Art and School of Industrial Design and Crafts in Bahia, Brazil
Ana Carolina Bierrenbach

In the late 1950s, the Italian-Brazilian architect Lina Bo Bardi settled in Salvador de Bahia, Brazil, where she directed the Museum of Modern Art and founded the Museum of Popular Art. Her work there permitted her to document Brazil’s Northeast popular handicraft. Her intention was to use this knowledge to create a Brazilian school of industrial design and handicraft capable of satisfying the needs of the population. The military coup of 1964 abruptly ended her efforts.

Panel 3: Beyond The Curricula

To what extent does a curriculum encourage or prevent creative and artistic learning? The last panel will address the tension between established teaching programs and new fields of knowledge and practice outside the institution. What significance does design practice, for example, have as a learning process and local, non-institutionalized knowledge for contemporary design education? Which social and political questions have remained unanswered by art institutions to this day, and how could a contemporary cultural education look like that also recognizes other forms of knowledge?

In the 1970s the city of Leeds was noted as home of “the most influential art school in Europe since the Bauhaus,” and a thriving punk and post-punk music scene. Gavin Butt explores a small art school milieu in which avant-garde experiments in photography, performance, film and sound art gave shape to non-conformist presentations of the body and of sexual and gendered identity. The focus is upon the hitherto largely obscure work produced by Fine Art students at Leeds Polytechnic, including Marc Almond and Dave Ball (Soft Cell), Frank Tovey (Fad Gadget) among others. In the context of a surrounding culture of sexual violence and homophobia, Butt will show how the post-Coldstream British art school acted briefly as a laboratory for proto-queer self-fashioning – at least before funding cuts and bureaucratization began to negatively impress upon its operations from the mid-eighties onwards. The paper draws upon original interviews as well as hitherto unseen archival materials.

The architect Konrad Wachsmann developed an extreme model of teaching that was meant to subvert the institutions in which it was housed and thereby subvert the repressive concepts of architecture structuring and restraining all socio-political transactions. His experiment began at the New Bauhaus in 1950 and tried to overcome the inability or unwillingness to fully engage with the world of electricity by the Bauhaus that the New Bauhaus had unwittingly inherited. The design of this ever more intricate and expansive counter-technique was ultimately more important than any designs it produced. Mark Wigley will explore the pedagogical experiments of Wachsmann from the early 1950s to the late 70s.

Africa is on a path towards unprecedented urban growth. As the continent copes with an estimated population boom of one billion people over the next twenty years, its cities require new infrastructures. Africa needs critical investment in the training and deployment of its most creative minds to offer new solutions to these infrastructural challenges. Nearly a century ago, the Bauhaus unleashed a modern movement which transformed architecture and design. As the institution closed in 1933, the Bauhaus movement’s core group spread across the world, launching firms and schools that trained the next generation of architects and imprinting an influence and ethic that still resonates today. With the African Design Centre, the MASS Design Group aims to launch a new Bauhaus of Africa, interdisciplinary and field-based: an educational fellowship program based in Kigali, Rwanda, to train the next generation of creative leaders in Africa.

Tembiapo porã rã, ma nhema’e rãta arandu re (In order for the result of our work to be good, a concentrated gaze on our knowledges is necessary)
Sandra Benites

In her talk, Sandra Benites sheds light on notions of knowledge and learning among the Guarani Nhandewa people in Brazil. She discusses the process of formation of the female and male body which follows different but complementary paths. Both processes – male and female – create familiarity with existing knowledges (arandu) while producing others, and thus give shape to bodies that are also territories. Art (tembiapo) is present in those individual bodies in movement, which are acquiring their own abilities but always live within the collective. The goal of those processes is a healthy – happy, active – body that knows how to hear and feel (hendu). For that to happen, it is fundamental that a number of certain elements are there, in the surroundings.

In English with simultaneous translation to German 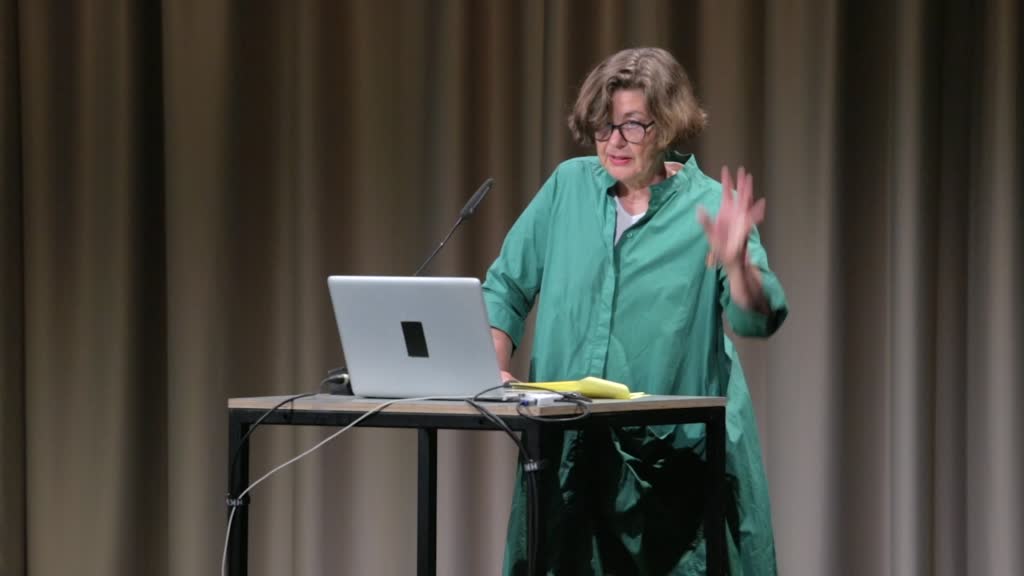 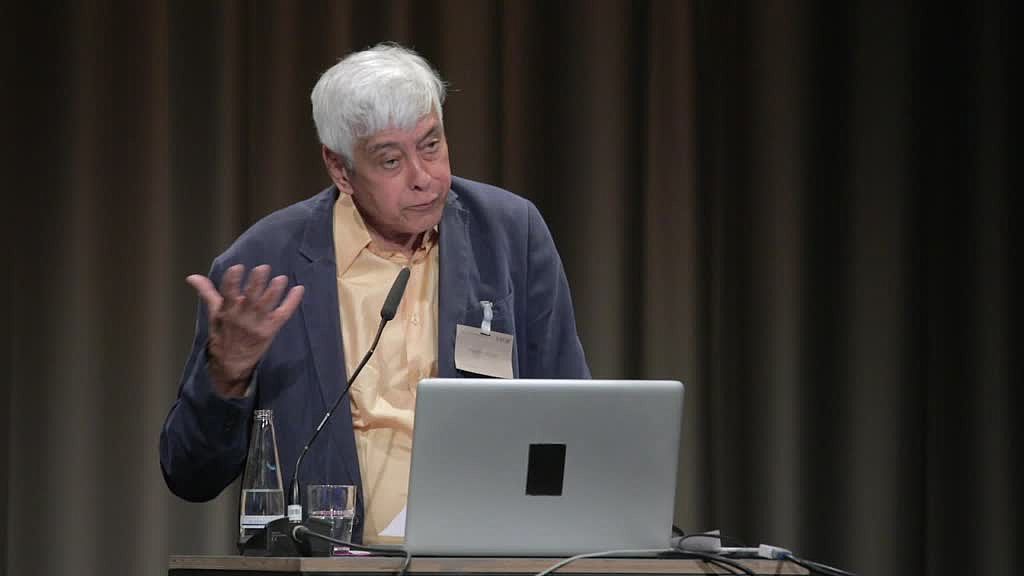 The Creation of New Art Schools and Their Social Conditions (English, German)

The Creation of New Art Schools and Their Social Conditions (English, German) 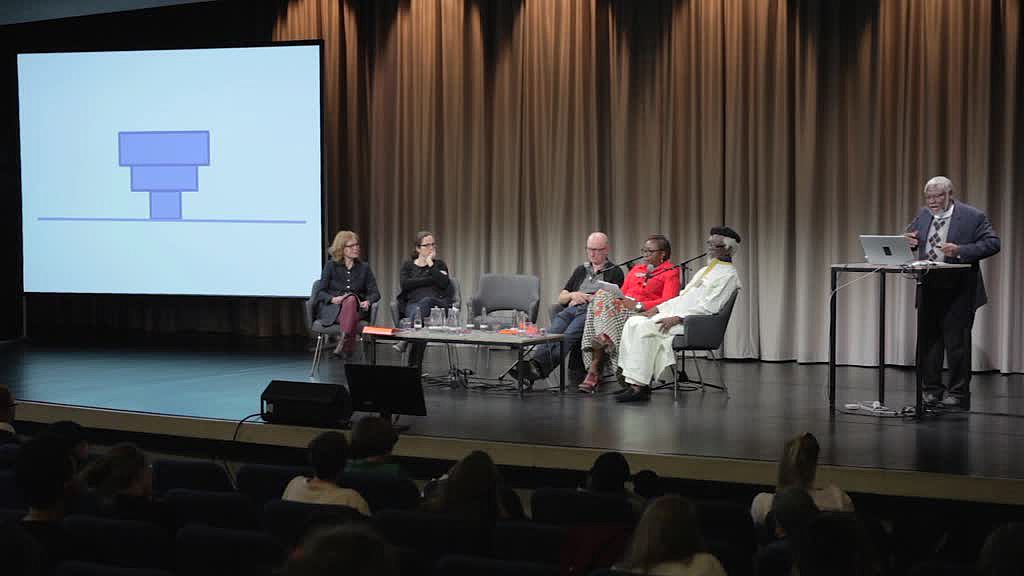 The Creation of New Learning Spaces

The Creation of New Learning Spaces 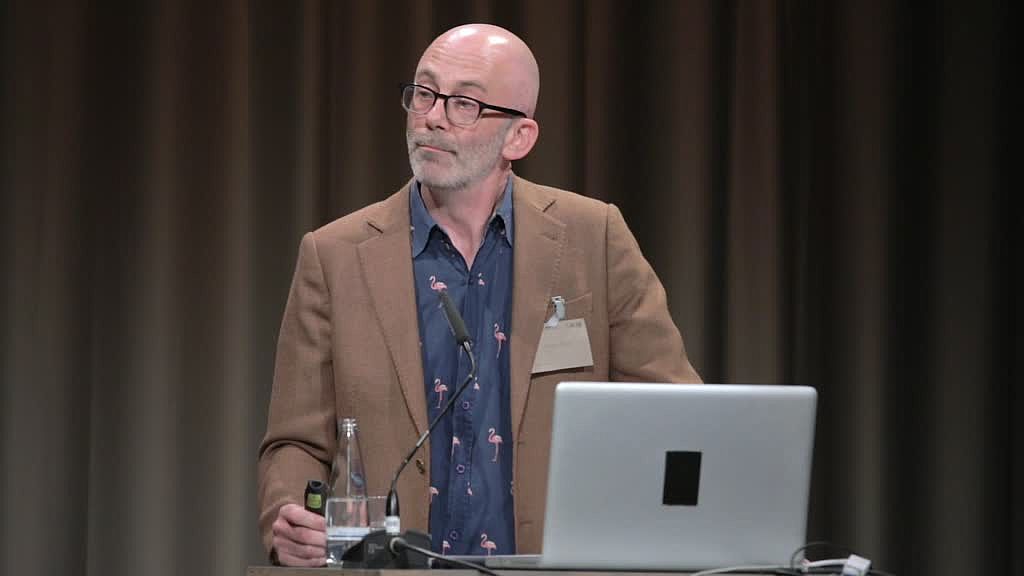 Beyond the Curricula (English, Portuguese) 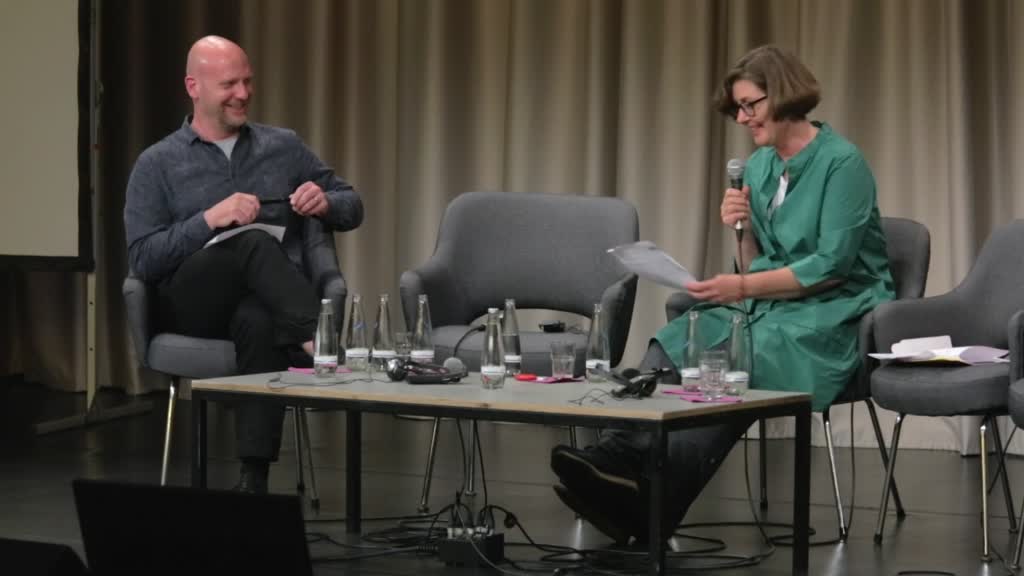 Wrap up: A New School