With a keynote by Teju Cole The six books on this year’s shortlist lead us into the innermost regions of the human soul, charting both the farthest unexplored shores and the narrow straits of the familiar. Each one is as radical in its aesthetic as it is, in its own way, a stunning tribute to the power of literature.

Which author–translator duo will be awarded the 2019 Internationaler Literaturpreis? The HKW roof terrace will serve as the stage for this year’s announcement: Following a keynote by Teju Cole, awardee of the 2013 prize for his novel Open City, the winning title will be announced by the jury and presented by its author and translator.

Further conversations will offer the awardees, audience and jury members alike a chance to explore what makes the award-winning book so extraordinary. Together, they will investigate questions like: What processes lie beneath writing and translating? What is the state of literature as an art form, and what role does translation play in the contemporary literary scene?

After the award ceremony, the audience is invited to get together with the participants over music and drinks on the roof terrace.

Teju Cole is a photographer, critic, curator and the author of five books.
In 2013 he and the translator Christine Richter-Nilsson were awarded the Internationaler Literaturpreis for the novel Open City. His other honors include the PEN/Hemingway Award, the Windham Campbell Prize, the Rosenthal Award from the American Academy of Arts and Letters and a Guggenheim Fellowship. His most recent book is Human Archipelago, a collaboration with the photographer Fazal Sheikh. His own photography has been exhibited worldwide and is in several institutional collections.

Born in the US and raised in Lagos, Cole was the photography critic of the New York Times Magazine (2015–2019) and is currently a Professor of the Practice of Creative Writing at Harvard University.

7pm Keynote by Teju Cole: On Carrying and Being Carried – from translation to migration and back again
8pm Award Ceremony
10pm Music by Coco Maria

With simultaneous translation to German, English and the original language Teju Cole: On Carrying and Being Carried – from translation to migration and back again

Teju Cole: On Carrying and Being Carried – from translation to migration and back again 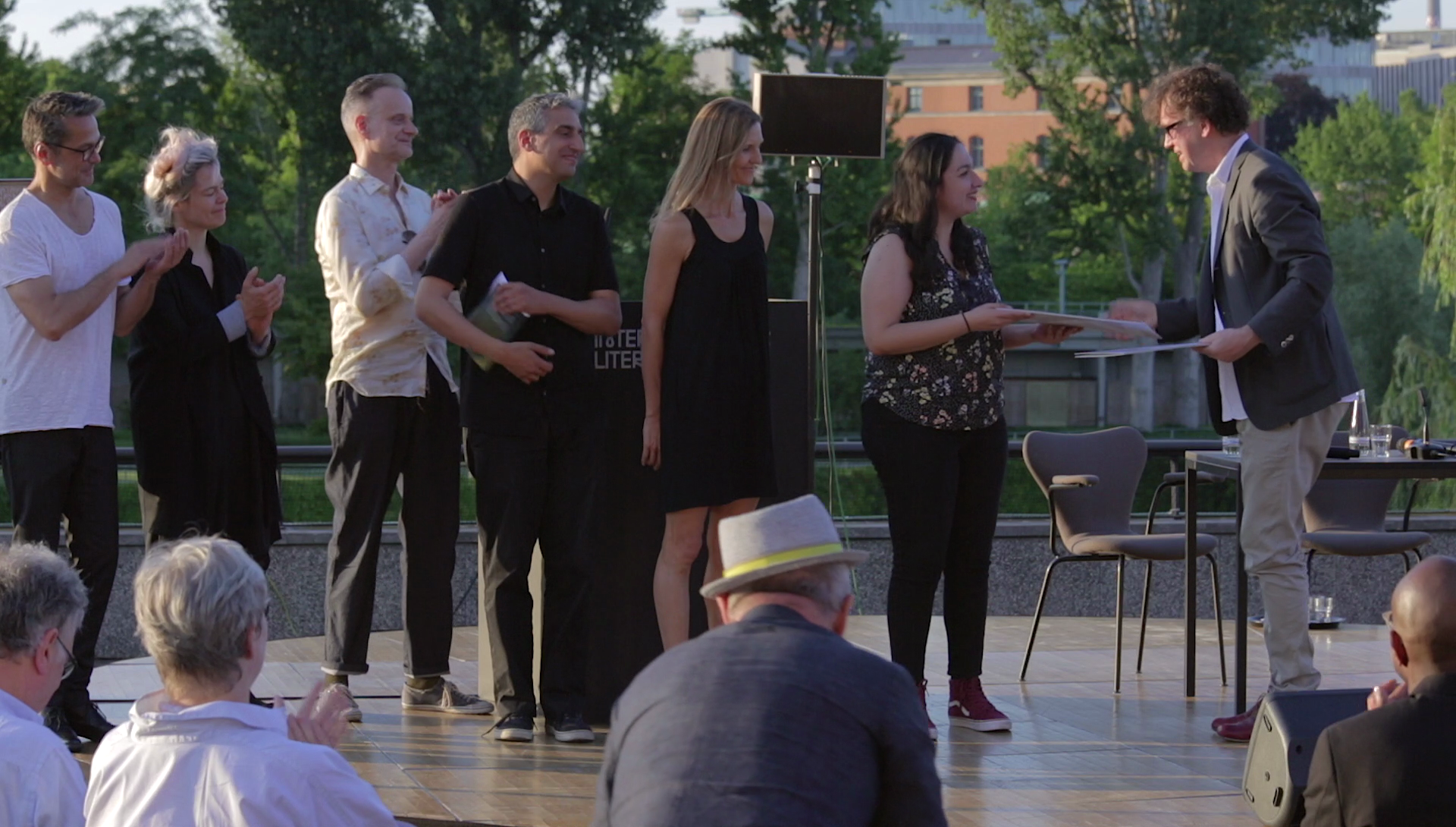 Robin Detje: Laudatory speech on the awarding of the 2019 Internationaler Literaturpreis (German)