The main element that distinguishes the reception of the Neolithic from that of the Paleolithic is that the first was never revealed: in its megalithic version, it was always part of the landscape and, such as, it was perceived, known, and interpreted according to specific and changing legends and fictions as a remote, albeit totally enigmatic, origin. In her talk, Maria Stavrinaki will focus on moments of the uses of the Neolithic after its identification as a specific prehistoric period, which prehistorians radically cut off from the Paleolithic. Starting from the 1930s and the uses of the Neolithic by British modernism, she will explore the latter’s ideological ambivalence towards internationalism, machinism, and the masses. The comparison to the Neolithic of American artists of the 1960s and 1970s such as Robert Morris and Robert Smithson serve as counterpoint. Then, concentrating on some discourses and practices developed in reaction to Hiroshima, she explores the ways that theoreticians and artists declared the End of the Neolithic.

Maria Stavrinaki is an Associate Professor of History and Theory of Contemporary Art at the Université Paris I-Panthéon-Sorbonne. She is working on the relationship between art, human sciences, and politics. Among her recent publications are Dada Presentism: An Essay on Art and History (2016), as well as books about the artistic avant-gardes in Germany and Carl Einstein. She is currently authoring a book on prehistorical modernity and is the co-curator of an exhibition on the same subject at the Centre Pompidou in Paris (2019). 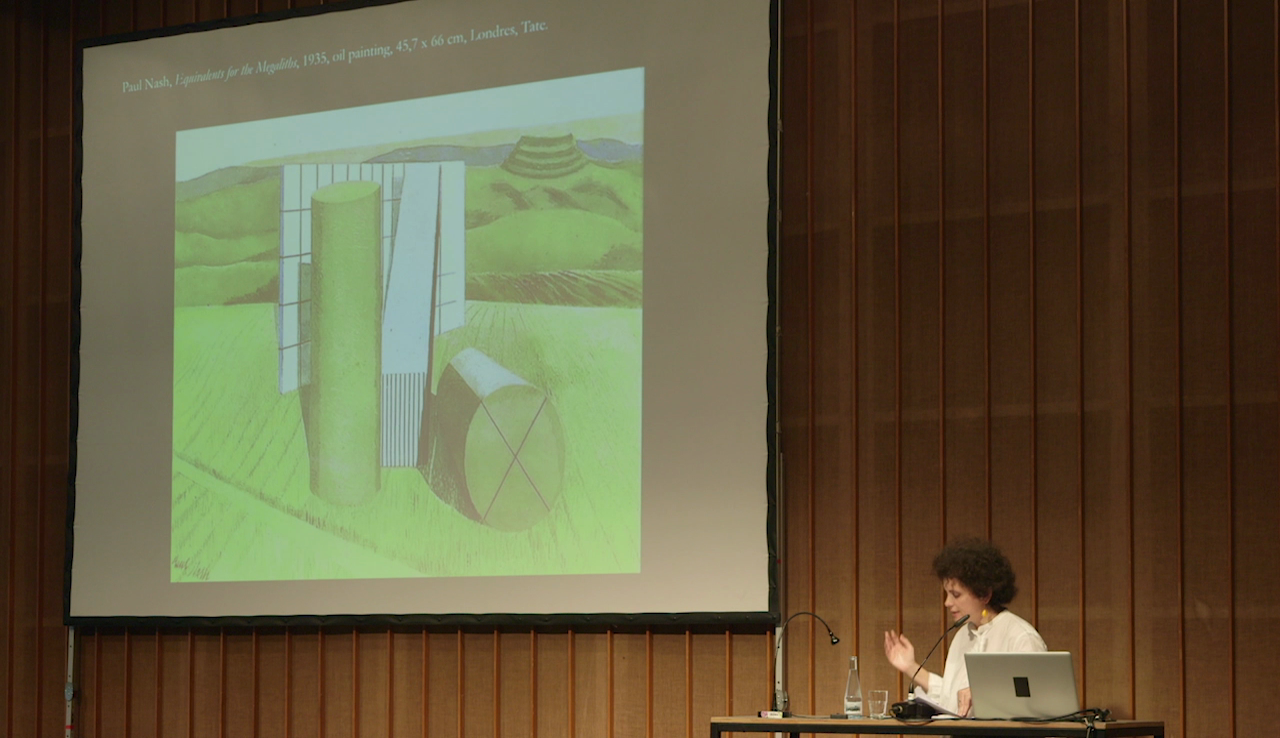