The turn to the arts of non-European societies and to prehistory in the 1920s was characterized by immense criticisms of culture and civilization. Art journalism of that time is permeated by diagnoses of the loss of community through modernization and questions about the basis on which it could be restored and what role art should play. At the same time, fundamental historical and philosophical assumptions determined the way non-European arts appear in such world-art narratives. In the art historian Wilhelm Hausenstein in particular one can see how his historical philosophy-nourished contemporary diagnostics tipped into conservative modernity—a turn that is contrary to the thinking of Carl Einstein. The lecture examines these figures of thought and asks what image of history opens or obstructs options for action.

Susanne Leeb is an art historian and Professor for Contemporary Art with a focus on transcultural art histories at the Leuphana University Lüneburg, from where she is also directing the Kunstraum (in collaboration with Ulf Wuggenig) and the Leuphana Arts Program. She published her PhD The Art of the Others: “World Art” and the Anthropological Configuration of Modernity in 2015. In addition, she is editor of the section “Transcultural Art History” of the online review journal Kunstform, co-editing the book series PolYpeN with b_books, and is part of the advisory board of Texte zur Kunst. In 2017, she co-edited the issues Wir sind Ihr (We are you) and Idiom, both of which include her essays.

German with simultaneous translation into English 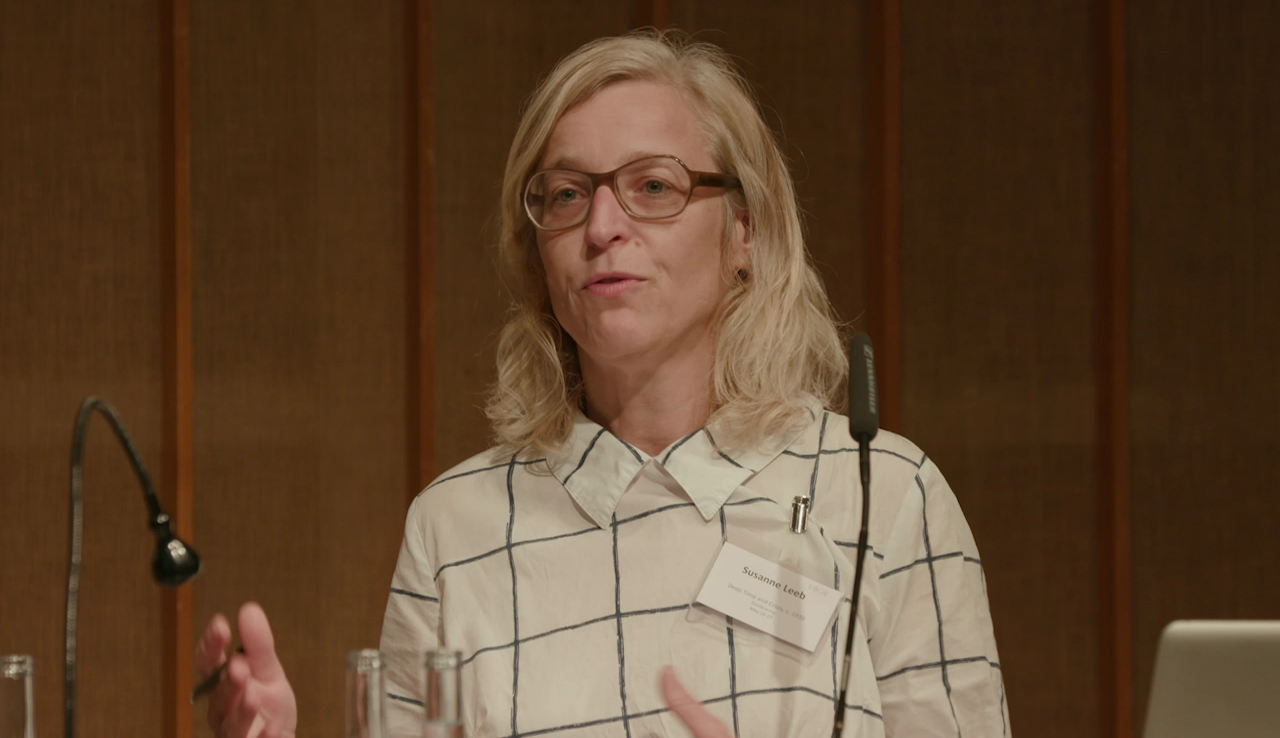