The Nation-Form: Histories and Presence In their chapter on The Historical Nation, Balibar and Wallerstein work out how racism emerges in connection with the constitution of the classes, thus ensuring social stratification. Nationalism, in turn, mobilizes society to demarcate the state in contrast to others and to enforce imperialist strategies. How do we read this analysis in our current conjuncture, with its proliferation of authoritarian and racist nationalisms? Today, the nation-state is being re-articulated through political, technological, economic, social, and cultural transformations. For example, traditional household structures dissolve while reproductive labor has been outsourced in care chains and surrogate motherhood at a global scale. Digital technologies increasingly structure all aspects of social and economic interaction, which introduces a new set of questions concerning citizenship and workers’ rights. It has become evident that there is an inherent contradiction between the push for the free circulation of goods on the one hand and an intensified effort to restrict the movement of human bodies across national borders on the other; the domain of property becomes ever-more expansive. But what impact do these changes have on the current understanding of the nation-form? In this context, which sees a repetition of some earlier structures and atmospheres of authoritarian nationalism while also operating within newer regimes of transnational, financialized capital, how can the issues of individual and collective rights as well as a democratic constitution for societies be imagined? How does this enclose and disclose political mobilizations for the Left?

Kaushik Sunder Rajan in dialog with Brenna Bhandar
On Nation-Forms and Nation-Forming
The nation-state constitutes itself through procedures of authority and affiliation to form and contain social order and to maintain its foundational distinction between the inside and the outside. This conversation between anthropologist Kaushik Sunder Rajan and legal scholar Brenna Bhandar looks at the functionality and dysfunctionality of this formation within global capitalism.The dialogue will be set in motion by an introductory statement by Kaushik Sunder Rajan, who will draw on his research on national and transnational marketplaces in general, and the global political economy of biomedicine in particular, to analyze the way in which the nation determines or fails to determine the formation and distribution of commodities, bodies, and knowledge.

Brenna Bhandar in dialog with Baidik Bhattacharya
Property, Sovereignty, and Colonialism
In conversation, Brenna Bhandar and literary scholar Baidik Bhattacharya discuss the notion of property and the way it permeates both colonial structures and the construction of nations.To set up the conversation, Brenna Bhandar will first explore the relationship between modern property law and racial subjectivity and examine how this juridical formation lies at the core of the nation-state form in settler colonies. How is the subjectivity of the “proper” citizen constituted both through relations of private property ownership premised on the appropriation of indigenous lands and through a racialized and gendered concept of the human? Political resistance requires new political imaginaries that will work to estrange the legal form of property from its current form.

Baidik Bhattacharya in dialog with Mark Graham
Narrating the Nation
The history of the nation-form seems to be a fateful linear narrative. But how exactly did this narrative come about? Baidik Bhattacharya and internet geographer Mark Graham talk about the systems of knowledge production involved in the construction of the nation and of its unparalleled capacity to calm class conflicts. Baidik Bhattacharya will begin by examining the suggestion that all modern nations are created through colonialism. His research on colonial archives in South Asia shows that it was through modern disciplines like comparative literature and literary history (which came out of the encounter between Europe and its colonies) that the idea of the nation was first articulated coherently during the nineteenth century, and that this part of the intellectual history of the concept of the nation cannot be understood without the colonial context.

Mark Graham in dialog with Kalindi Vora
Digitization and Reproduction
The household, as a particular form of kinship and genealogy, has always been a key institutional structure of the nation-form and capitalist economies. Mark Graham and critical race and gender studies scholar Kalindi Vora discuss how the transformation of these structures through digitization and the globalization of the labor market is also transforming the nation-form itself. The conversation will be preceded by Mark Graham’s presentation on the emergence of a “planetary labor market,” exploring the ways in which this global-scale competition impacts the lives of workers. This new world of work offers jobs and opportunities to many, but also comes with significant concerns. What responses could be found for a global world of work? To conclude, Kalindi Vora will address the outsourcing of reproductive labor and other forms of affective investment. As bodies, labor, work, and even genetic material move across borders, how do we understand the “reproduction” of the nation? Gestational surrogacy and artificial reproduction technologies can lead to new social forms that will have far-reaching effects on kinship structures, even as the notion of “family” shifts to conserve outdated models of patriarchy and the nuclear family. Vora examines these effects as well as the new coalitional possibilities that arise from them. 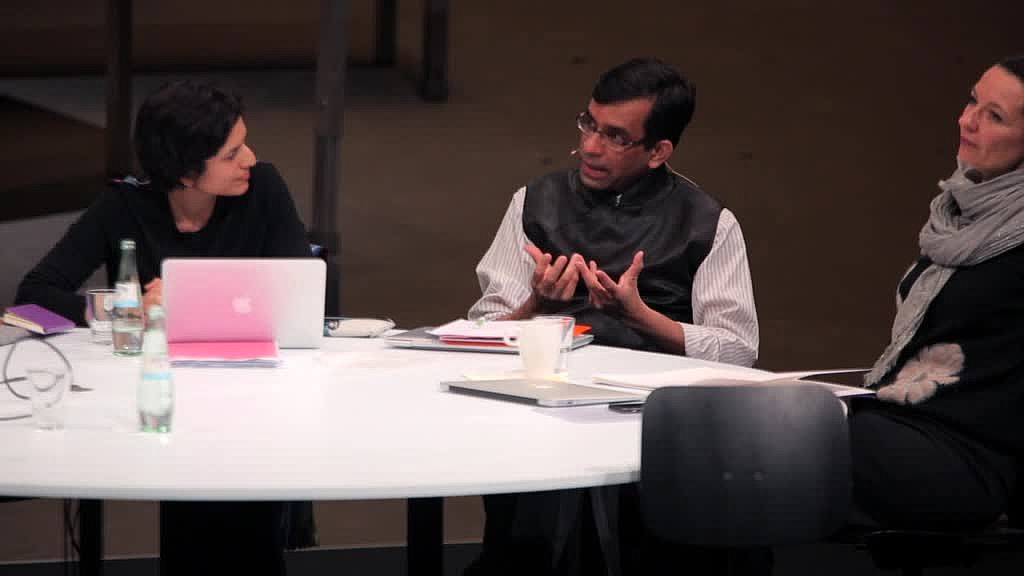 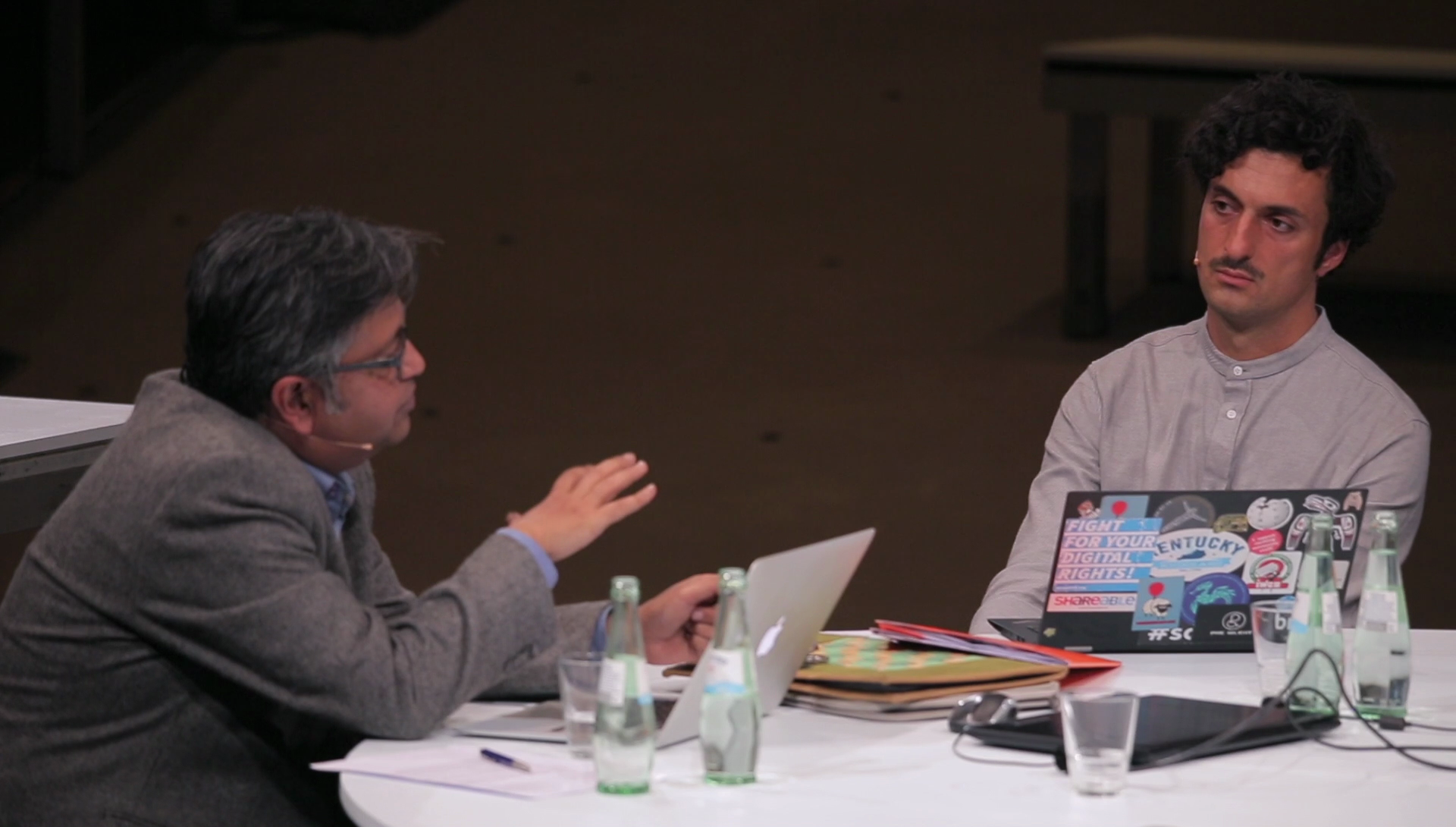 Part of the event “The Nation-Form: Histories and Presence” English original version Mar 16, 2018

The Nation-Form: Histories and Presence: Part 1

The Nation-Form: Histories and Presence: Part 2