Arjun Appadurai is a social-cultural anthropologist. He is Goddard Professor of Media, Culture and Communication at New York University, where he is also Senior Fellow at the Institute for Public Knowledge. In 2016/17 he is Visiting Professor at the Institute for European Ethnology at Humboldt University Berlin. Appadurai has published a number of seminal books within the field of globalization studies, such as Modernity at Large (1996) and Fear of Small Numbers: An Essay on the Geography of Anger (2006). In The Future as a Cultural Fact: Essays on the Global Condition (2013) he undertakes an analytic diagnosis of the current global condition and calls for an “ethics of possibility,” of hope, aspiration, and desire. Most recently, in Banking on Words. The Failure of Language in the Age of Derivative Finance (2015) he offers an unconventional approach to the economic collapse of 2008.

Gert Biesta is Professor of Education and Director of Research in the Department of Education of Brunel University London and NIVOZ Professor for Education at the University for Humanistic Studies, The Netherlands. His work focuses on the theory and philosophy of education, education policy, and the theory and philosophy of educational and social research, with a particular interest in questions of democracy and democratization. Biesta is an associate member of the Education Council of The Netherlands (the advisory body of the Dutch government and parliament), and Associate Editor of the journal Educational Theory.

Keri Facer is Professor of Educational and Social Futures at the University of Bristol. Her academic work is broadly concerned with understanding (and sometimes creating) relationships between universities, schools, and wider society. A particular concern is the understanding of the implications of potential future economic, environmental, and technological change for the relationship between schools and communities, which is the subject of her 2011 book Learning Futures: Education, Technology and Social Change. Furthermore, Facer has been involved as an editorial board member for Futures, Journal of Media and Technology and the Journal of Sociology of Education; and since 2013, she has been Leadership Fellow for the RCUK Connected Communities Programme.

Carmen Mörsch is the Director of the Institute for Art Education at the Zurich University of the Arts. The focus of her research is cultural education as a hegemony-critical and artistic practice, as well as the history of education in the arts from a post-colonial and queer-feminist perspective. She is a member of the international network “Another Roadmap for Arts Education”. During 2017 she is Senior Fellow of the Mercator Foundation at the Alice Salomon University Berlin. Recent publications: “Stop Slumming! Eine Kritik kultureller Bildung als Verhinderung von Selbstermächtigung” (2016), a critique of cultural education as an impediment to self empowerment and “Contact Zone (un)realised: Andere Besucher_innen als Intervention im Ausstellungsraum” (2017) on the exhibition space as a contact zone. 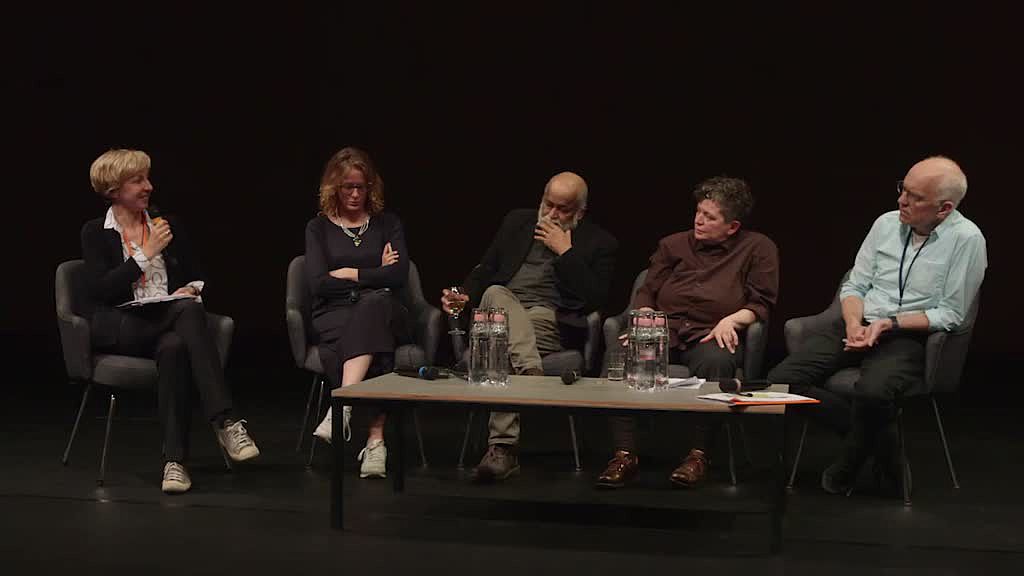 Part of the kick-off conference to “Schools of Tomorrow” English original version May 6, 2017

Part of the kick-off conference for “Schools of Tomorrow” Translation May 6, 2017