A highlight is the realistically fierce sword fight performances of male characters. In a lecture performance, siren eun young jung, emphasizes how performers’ transformations into men problematizes and violates gender normativity, how it is always known as “naturalized,” and journeys through the potential politics of gender through features of the particular theatrical genre of Yeoseong gukgeuk.

siren eun young jung is a visual artist based in Seoul. In her work she constantly attempts to expand the feminist artistic language. Since 2008, she has been working on Yeoseong Gukgeuk Project in which she follows a community of performers of the genre of Yeoseong gukgeuk, a traditional Korean female theater). The project won several prizes. Her works have been included in numerous group exhibitions such as: Taipei Biennial in Taiwan (2016), Gwangju Biennale inKorea (2016), Discordant Harmony, Hiroshima City Museum of Contemporary Art in Japan (2015), and Taipei Kuandu Museum of Fine Art in Taiwan(2016). 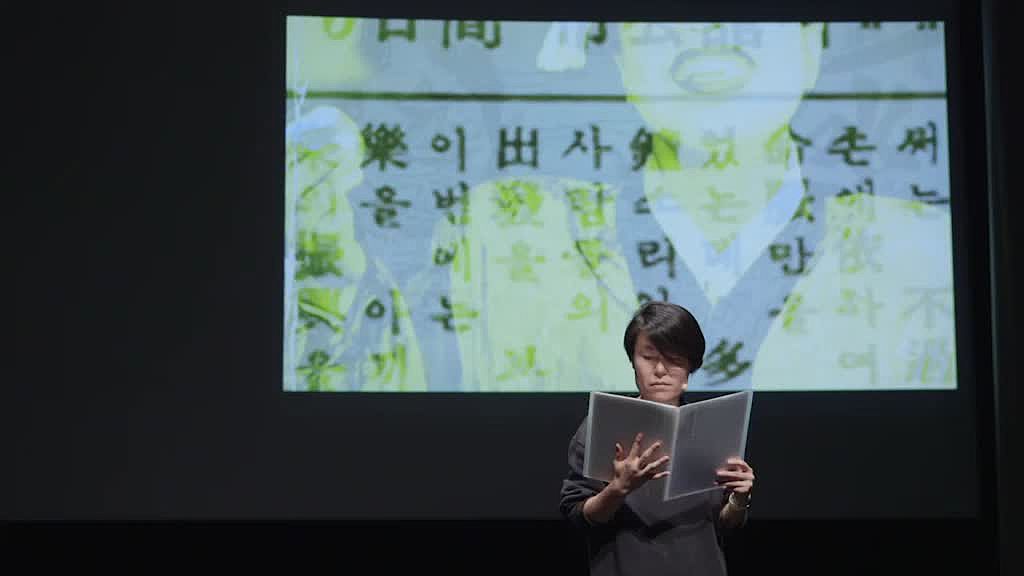