With Wolfgang Heiniger and Olaf Nicolai

Which “languages” do the arts employ, when, unlike literature, they are not bound to language? What does music “tell” us, what does an artistic intervention “speak” of? First and foremost, the sign system itself upon which they are based.

Nevertheless, an aesthetic experience does not require any knowledge of the respective notation system or the mathematical model that were applied. It is no secret that the sounds of a synthesizer are based on programming processes—but how can one program Land Art, for example? The artist Olaf Nicolai and the composer Wolfgang Heiniger explore the different grammars that bear on our experience of art.

Wolfgang Heiniger is a composer, musician, curator and professor of intermedia composition at the Hanns Eisler School of Music in Berlin. His work includes compositions for live electronic and instrumental music as well as for (dance) theater, performance and film. He is co-founder of the B.E.A.M (Basel Electric Art Messengers 1994–2006) and the European Powerbook Orchestra (1996–2001). All around the world, he presents his work as a sound director and performer of live electronic music. From 1991 to 1992 he was guest composer at the Center for Computer Research in Music and Acoustics at Stanford University and from 1995 to 2003 he headed the audio design course at the Basel Music Academy.

Olaf Nicolai has been a fixture in the international exhibition scene since the early 1990s. His projects address the elementary experiences of space, time and physicality, most recently with Escalier du Chant, Musée du Louvre, Paris (2013) and Le pigment de la lumière, the interior design for the new Gropius and Moholy-Nagy master houses, Bauhaus Dessau (2014). In 2015 he was invited to the Venice Biennale with his GIRO project. Since 2011 he has been professor of sculpture and the foundations of three-dimensional design at the Academy of Fine Arts, Munich. He received his doctorate in 1992 in comparative literature and linguistics at Karl Marx University in Leipzig. 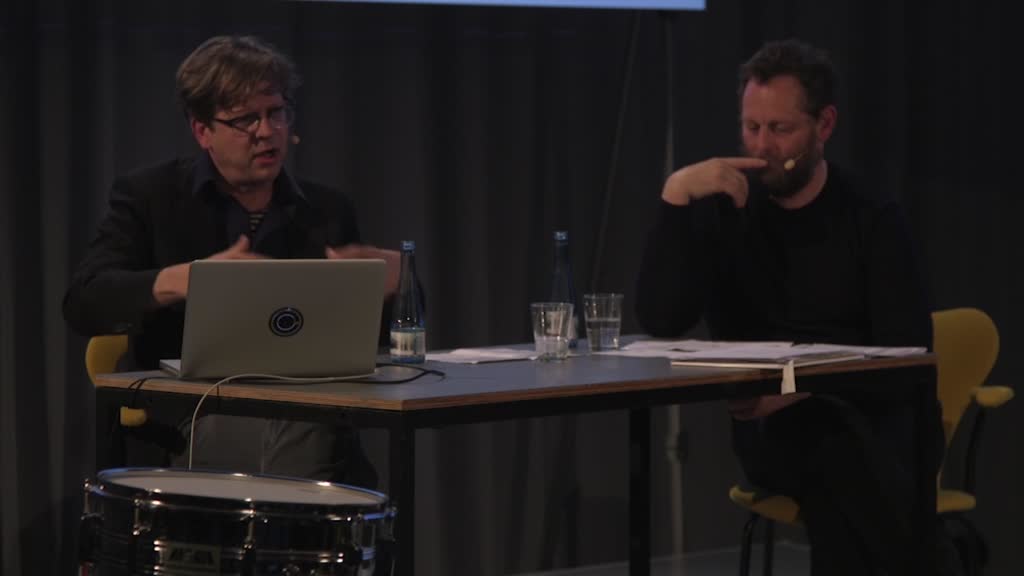