Opening | Prompters of the Subtext

Prompters of the Subtext

In 1969 two students from Berlin set out to translate De la grammatologie from the French philosopher Jacques Derrida, still virtually unknown in Germany—a joint undertaking which to this day has left its mark throughout the humanities.

After 45 years, the historian of science and molecular biologist Hans-Jörg Rheinberger and the writer and actor Hanns Zischler re-examine their translation of Derrida’s Grammatology — “Because our German has improved.”

The writer and curator Marcel Beyer lives in Dresden. He writes poetry, novels, essays and libretti. In 2008 he was a guest of the Max Planck Institute for the History of Science in Berlin, in 2015 a fellow of the research group Bild Evidenzat the Freie Universität Berlin. In 2016 he held the Frankfurt poetry lectures at Johann Wolfgang Goethe-Universität in Frankfurt am Main. He most recently published the volume of poems Graphit (2014) and the essay compilation Sie nannten es Sprache (2016).

Hans-Jörg Rheinberger is a molecular biologist and science historian. He studied philosophy, linguistics and biology in Tübingen and Berlin. He is an honorary professor for science history at the TU Berlin, Dr. h.c. at the ETH Zürich, a member of the Berlin-Brandenburg Academy of the Sciences and the Leopoldina and is a former director of the Max Planck Institute for the History of Science in Berlin. His current focus is on the history and topicality of experimentation as a way of life and the relationships between the arts and sciences.

Hanns Zischler works as a writer, actor, photographer and translator. He holds no degrees, but merely listened and attempted to make use of the stimuli he received at his own discretion. He has acted in films for cinema and television since 1967. His writings include the essay Kafka geht ins Kino (1996), Nase für Neuigkeiten – Vermischte Nachrichten von James Joyce (with Sara Danius) and the short story Das Mädchen mit den Orangenpapieren (2014). In 2009 he received the Heinrich Mann Prize from the Berlin Academy of Arts. He has held photography exhibitions in Cologne, Berlin, Munich and Chaumont-sur-Loire. In 2006 he founded the publishing company Alpheus Verlag. 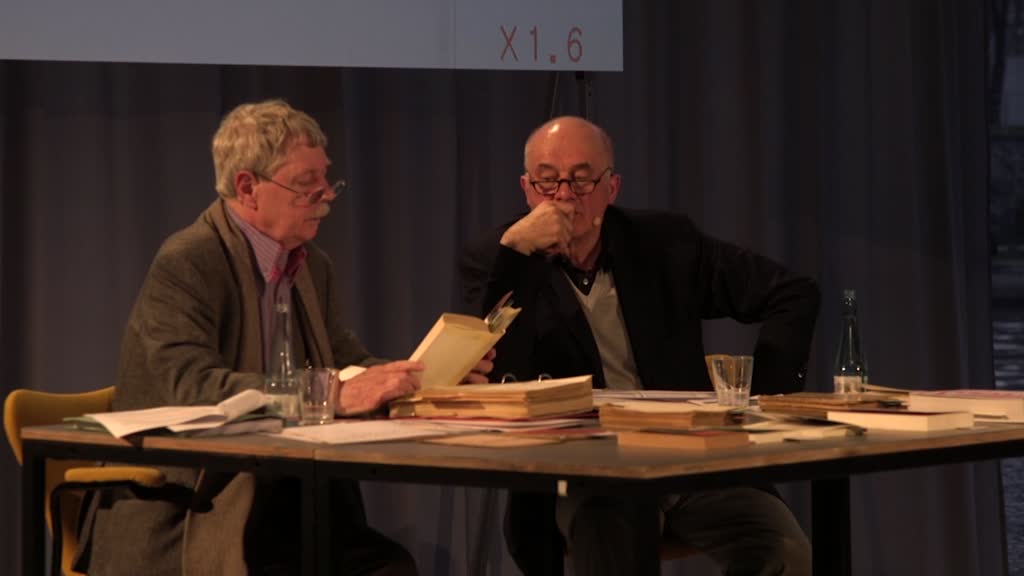