As an industrial metropolis, Berlin developed into the world’s largest tenement city in the 19th century. The Mietskaserne, or tenement block (literally “rental barracks”), provided housing needed for the explosively growing working population. It was a product of the Wilhelmine class society, characterized by social extremes.

Inadequate building legislation such as for instance the misinterpretation of James Hobrecht’s sewerage plan along with shameless speculation caused the city to become densified to an intolerable degree. It was this densification that brought the catastrophic housing conditions to a crisis. At the back of the facades, narrow rear courtyards and blank fire walls characterized the cityscape. Criticism of the tenement blocks – of their unsanitary and antisocial conditions – culminated in Werner Hegemann’s Das steinerne Berlin (Berlin, City of Stone).

Fully in line with this criticism, which promulgated functional separation and a more open city, Berlin invited the architects of the world to Interbau 1957 in the war-ravaged city. As a result, the tenement blocks in the 1960s fell victim to the wrecking ball. An alternative scene put up a fight. With IBA 84/87 and the city’s 750th anniversary celebrations at the latest, the tenement block had again become acceptable. Under the motto “Kreuzberg mixture,” IBA Altbau, headed by Hardt–Waltherr Hämer, developed concepts for cautious gutting and revitalization of the commercial and industrial backyard complexes. The upgrading of Berlin’s working-class districts also unfortunately resulted in a displacement of the autochthonous population which also took place in Prenzlauer Berg and Friedrichshain after the fall of the Wall. The tenement block neighborhoods, once again attractive, are now characterized by gentrification. 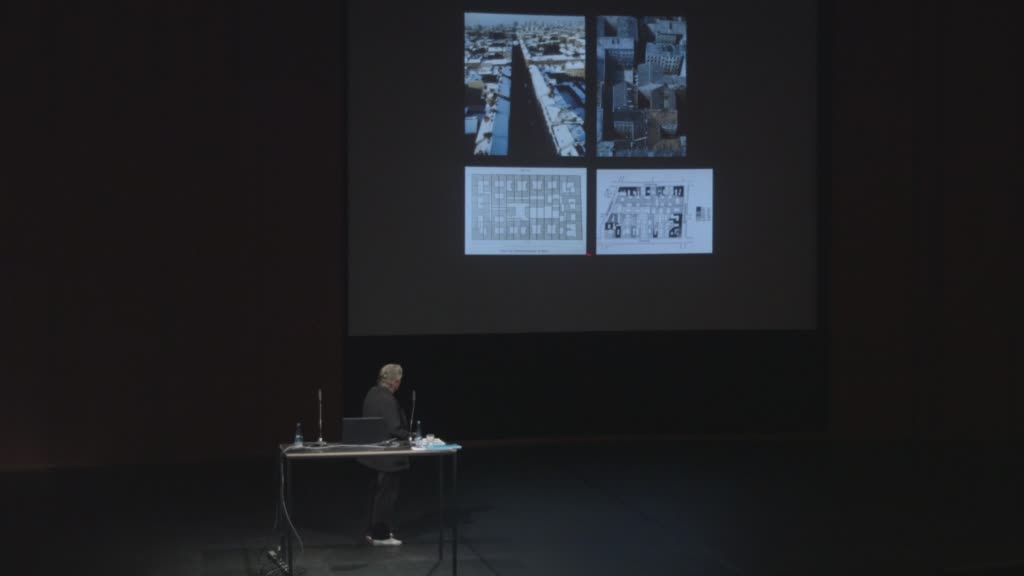