What image of history results from the perspective of the prison cell and its role in the political transformations of the twentieth century? The prison cell is the location of a naked, direct experience of state power and state violence: and it is often the place where state order becomes terror, and law becomes an instrument of lawlessness. In political history, the cell, like no other image, represents the attempt to silence dissent and resistance. But for this very reason, the cell is also a place of language, a language that speaks of a place of inclusion and exclusion, where society and community disintegrate or are called into being. The history of messages, letters, and books that were written in prisons by political prisoners is also a story that reflects the calculus of power in modern societies.

Rana Dasgupta
A great number of the century's political leaders has previously spent time in jail.  For those who later became Communist leaders, as it was for anti-imperial activists who later led postcolonial nation-states, prison actually was a laboratory for their political thought. Starting from a consideration of Jawaharlal Nehru's The Discovery of India, which the future Prime Minister of India wrote in a British prison, Rana Dasgupta will ask: how has politics been affected by the fact that it was so often theorized by people during the time they were in exile from the political domain?

Rana Dasgupta is a novelist and essayist. His texts concentrate on issues of home and homelessness as well as rootedness and motion in a globalized world. Dasgupta is winner of the Commonwealth Writers' Prize for his novel Solo (2009). His latest book, Capital: The Eruption of Delhi (2014, in German: Delhi: Im Rausch des Geldes), is a non-fiction exploration of his adopted city of Delhi, and, in particular, the changes and personalities brought about there by globalization. Dasgupta is Distinguished Visiting Lecturer and Writer-in-Residence in the Department of Modern Culture and Media at Brown University.

Avery F. Gordon is a Professor of Sociology at the University of California, Santa Barbara and a Visiting Professor in the Birkbeck Department of Law University of London 2015-2018). She is the author of The Workhouse: The Breitenau Room (with Ines Schaber); Keeping Good Time: Reflections on Knowledge, Power and People, Ghostly Matters: Haunting and the Sociological Imagination among other books and articles. Her work focuses on radical thought and practice and over the last several years, she has been writing about imprisonment, war and other forms of dispossession and how to eliminate them. She serves on the Editorial Committee of Race & Class, is the co-host of No Alibis, a weekly public affairs radio program on KCSB FM Santa Barbara, and is the Keeper of the Hawthorn Archives.

Natascha Sadr Haghighian is known for her research-based art practice that encompasses a variety of forms and formats, including video, performance, installation, text, and sound, and is primarily concerned with the sociopolitical implications of contemporary modes of world-making, especially in the field of vision and visuality. Rather than offering highlights from a CV, Haghighian asks readers to go to bioswop.net, a CV-exchange platform from which artists and other cultural practitioners can borrow and lend CVs for various purposes. 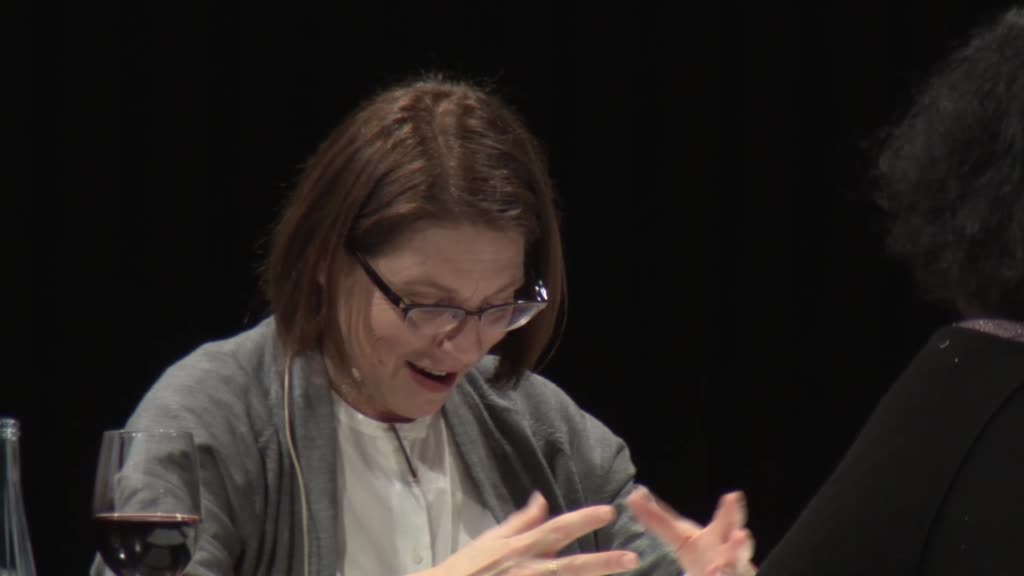