Inhabiting, pleasure and luxury for everyone. Inhabiting, pleasure and luxury for everyone. | © Lacaton & Vassal

What has happened for the last 50 years regarding housing? Beyond its functional dimension, inhabiting is about the pleasure, generosity and freedom of occupying a space. It challenges us to think about the possibilities around and ahead us. Architecture is about building multitudes of situations of usage, connected and intersected. These situations are mobile and build the act of living.

The economy is not only that of the construction of a building, it is also and especially that of the city, the use of all the opportunities and capabilities of the existing city by its transformation. All those connected economies then become a vector of freedom.

Jean-Philippe Vassal was born in Casablanca, Morocco in 1954. He graduated from the School of Architecture of Bordeaux in 1980 and worked as urban planner in Niger (West Africa) from 1980 to 1985. Since 2012 he is Professor at the Universitiy of the Arts Berlin in Berlin. Before, he was visiting professor at the TU Berlin (2007-10) and at the EPFL Lausanne in 2010-11.

The main projects completed by the office are: Contemporary Art Museum in Dunkerque; the Palais de Tokyo-Site for Contemporary Creation, Paris; Nantes School of Architecture; the “House Latapie”, Bordeaux; the “Cité Manifeste”,Mulhouse; social housing and the transformation of modernist social housing estates, like Tour Bois le Prêtre in Paris. Currently they are working on the transformation of social housing blocks in Bordeaux Grand Parc (530 apartments), and designing a dwellings and offices tower in Geneva. Each project is based on a principle of generosity and economy, serving the life, the uses and the appropriation, with the aim of changing the standard.

Lacaton & Vassal have been awarded with many important prizes: Rolf Schock Prize, Stockholm 2014, the Grand Prix National d’Architecture, France, 2008, the International Fellowship of the RIBA London in 2009, the Equerre d'Argent award 2011, France. Furthermore they have been twice among the finalists for the Mies Van der Rohe Award. 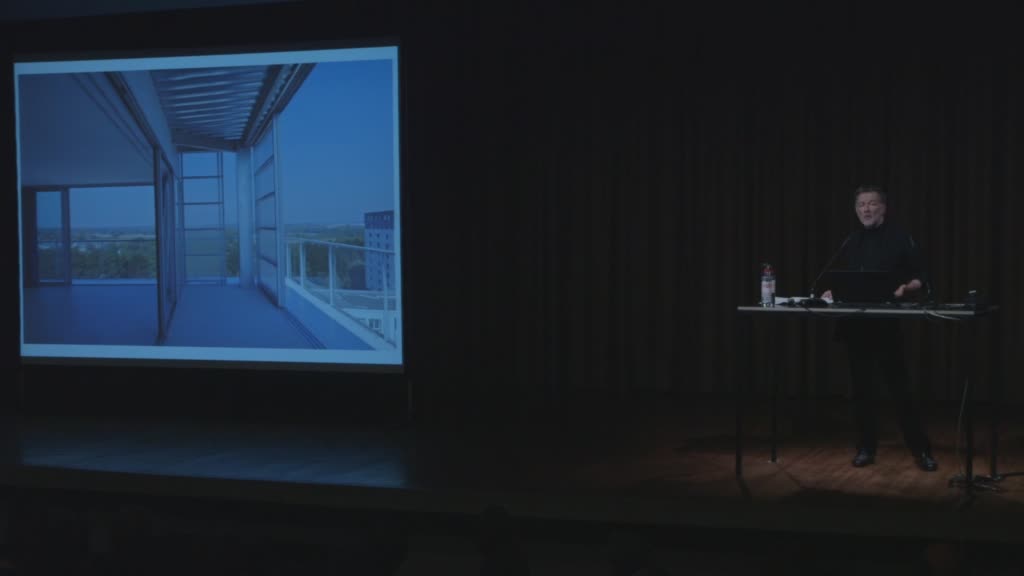 Inhabiting, pleasure and luxury for everyone: Jean-Philippe Vassal

Wohnungsfrage Academy | Inhabiting, pleasure and luxury for everyone: Jean-Philippe Vassal