In their essay film MEDIUM EARTH (2013), The Otolith Group explores the earthquake endangered geology of California as well as the spatialized unconscious of capitalist modernism. Through pictures that appeal to the senses and the voice of a “medium” whose body is sensitive to seismic occurrences, the film listens to California’s deserts, translates what the stones write, and decodes the calligraphy of the earth’s crevices.

The second part of the exhibition, WHO DOES THE EARTH THINK IT IS (2014), consists of redacted and scanned selections from the unofficial collection of unsolicited earthquake predictions sent by members of the public to the United States Geological Survey Pasadena Field Office at California Institute of Technology, Pasadena, Southern California, between 1993 and 2007. For the painter and author Adam Avikainen, all of nature becomes a crime scene in an ongoing story that subsumes all the elements of his life in an extended artistic process.

#4 The Dark Abyss of Time

The overarching exhibition of Anthropocene Observatory by Armin Linke, Territorial Agency (John Palmesino and Ann-Sofi Rönnskog), and Anselm Franke is dedicated to the analysis of spatial orders and political institutions in the history of planning, modeling, and control in the Anthropocene, and studies the relationship between new global planning scenarios in the age of climate change to politics, economics, and property relations. 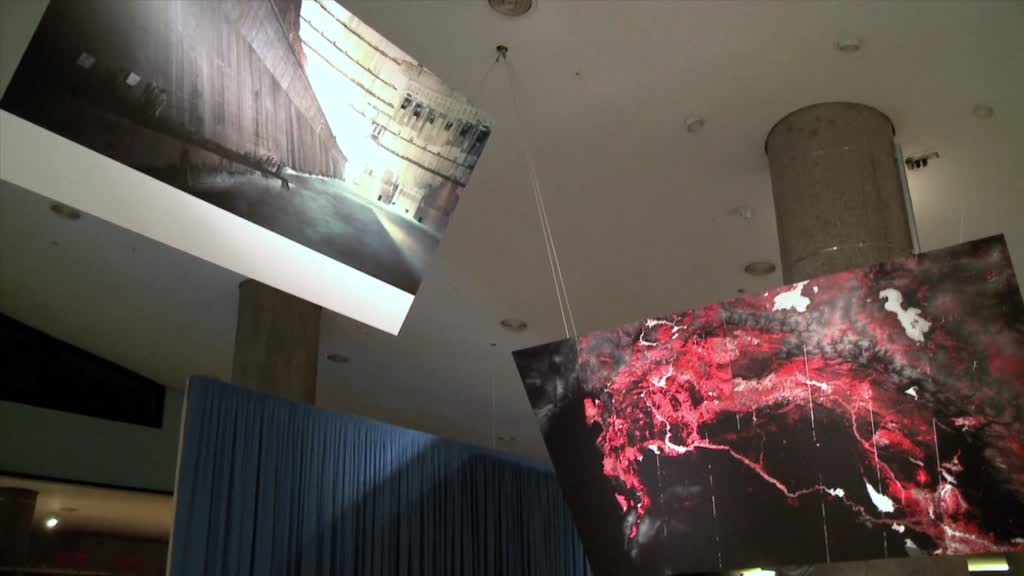 The Anthropocene Project | A Report With the traditional methods of knowledge acquisition mankind has reached a limit. What can we do, how can we know? With what means, methods and senses can we encounter the world of our own creation? In A REPORT, an extensive program of events in conclusion to the Anthropocene Project, the HKW will be exploring precisely these questions.